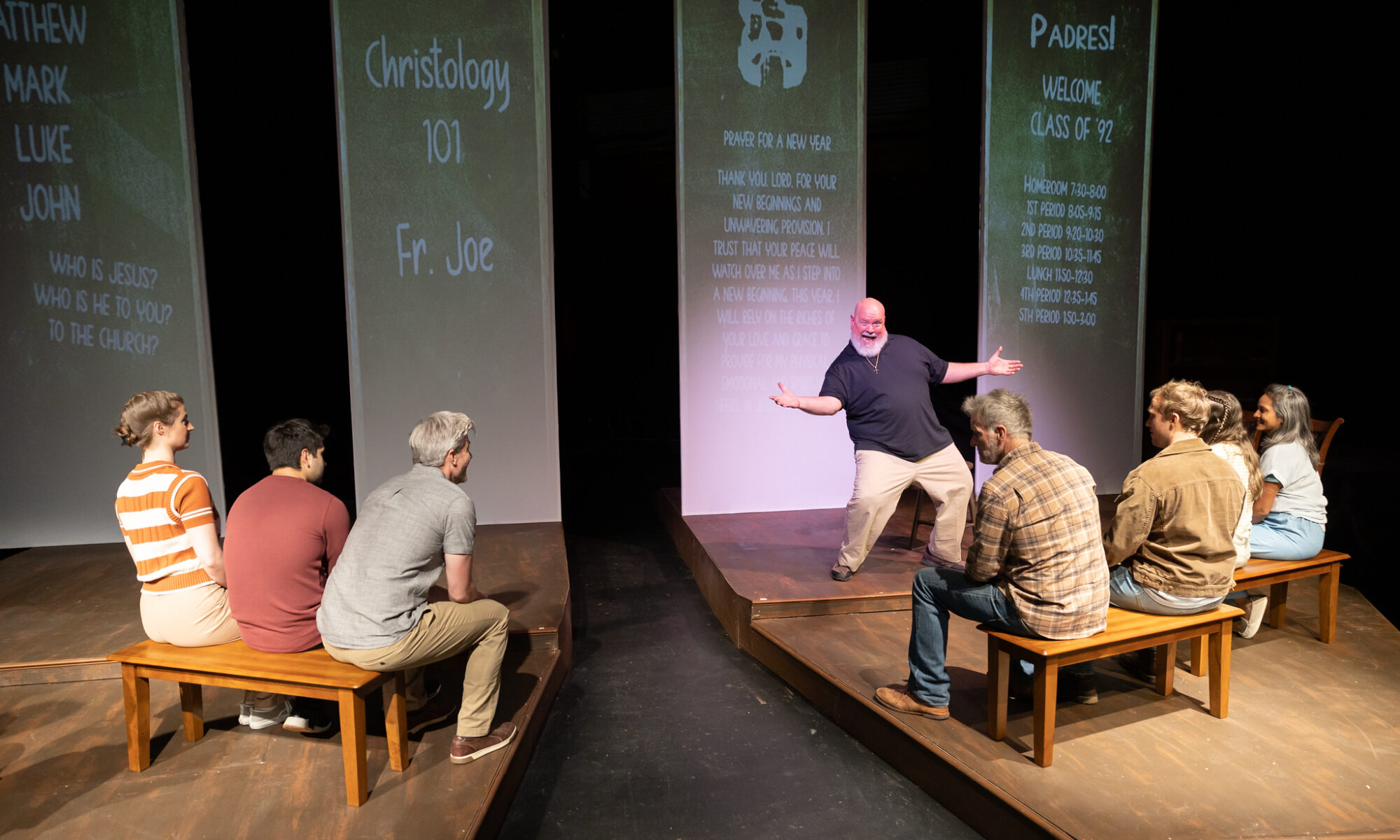 The playbill for “The Four Gifts” notes that Joe Bradley was coaxed into letting his well-regarded autobiography be adapted for the stage.

Pity. This story of faith, loss of faith, drug and alcohol addiction, hitting bottom, becoming a priest, overcoming life-threatening obstacles, and Bradley’s heart-felt life of service to others, is evidently much more effectively expressed in prose.

As scripted and performed at Hillbarn Theatre, “The Four Gifts” fails to create a genuinely human character that the audience can connect with. The poorly executed script is further hampered by stilted language—I didn’t notice a single contraction—overly short scenes, and confusing casting. When asked before the play what role he played (the program didn’t delineate cast members’ roles), Randy Allen stated that he played several roles, including Father Joe, noting, “We’re all Father Joe.”

It quickly became apparent that his meaning was literal as well as figurative as each of the ten actors in turn transformed into Joe by donning a gold cross on a chain, passing it along to the next player when it was his or her turn. It’s an interesting concept to express the universality of every human’s struggle but, in practice, disconcerting and awkward.

In contrast to the intensity of the subject matter, the play’s acting itself was strangely devoid of emotion. Perhaps because the players switched scenes and characters so often and quickly, they never had time to settle into a role before rushing off to the next scene.

The three screens onto which background scenes were projected at times worked beautifully but were otherwise ill-fitted to the images on display, adding a sense of vertigo, such as when a seminary wall tilted precariously to one side.

The screens were also sometimes illuminated to very good effect, exposing shadow play, such as the goings-on in a hospital room, or a patient in a hospital chapel, fervently praying while attached to an IV pole.

Costuming was appropriate, the lighting fine, and sound design spot on, but given the show’s conceptual and performances shortcomings, you might want to give “The Four Gifts” a pass.