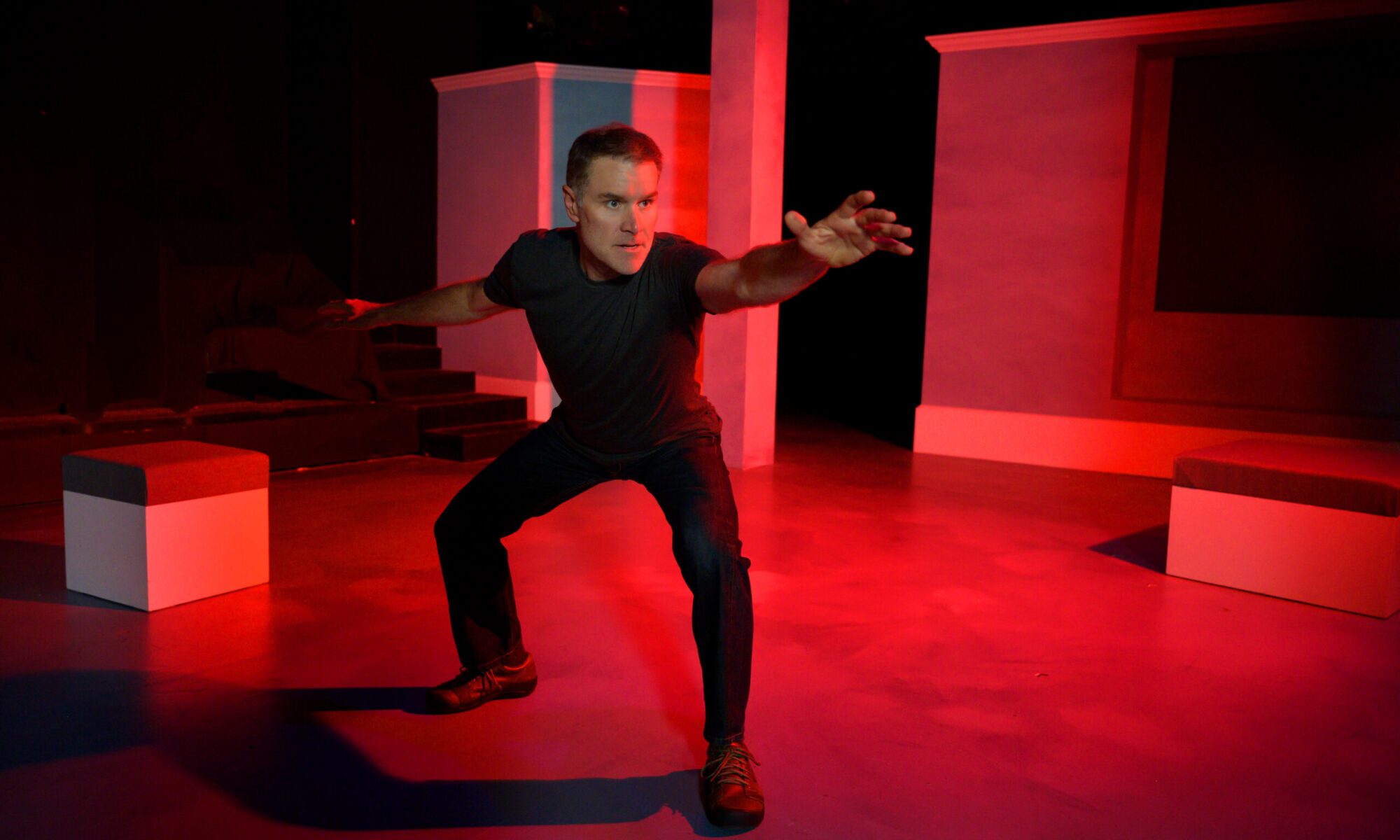 Two rival artists get what they need, if not what they want, in Kevin Rolston’s compelling solo show “Deal with the Dragon” at Magic Theatre through August 13.

On a bare stage with a straight-back wooden chair as his only prop, Rolston brings to life Brenn, a mysterious and potentially malevolent spectre “from the Black Forest” who’s been intervening in human affairs “for centuries.”

The tale begins with his hovering over the life of a tormented artist named Hunter, who’s competing against a rival named Gandy for what will be, for one of them, the first-ever exhibition of their works at a major museum.

The story’s a good one, made better by Rolston’s superb embodiment of its three primary characters, each clearly delineated from the others. Along the way, he also performs several minor characters, including a museum director, a counselor at a twelve-step meeting, and an annoying teenage girl in a coffee shop.

Rolston is a confident performer with superb timing and an excellent sense of plying his audience, and earned a rousing ovation from the theater’s nearly full house on opening night. Directed by M. Graham Smith, he delves deeply into his characters’ quirks—especially Hunter’s—and closes the approximately one-hour performance on a hopeful note, not something that most theatergoers would expect from what’s essentially a darkly comic recital, its darkness amplified by Sara Huddleston’s sound effects. The bare stage is beautifully enhanced by Wolfgang Lancelot Wachalovsky’s subtle lighting.

The title “Deal with the Dragon,” of course, is an imperative to conquer one’s demons—psychological, chemical, what have you. Rolston’s neurotic but hugely entertaining characters succeed beautifully in doing so.

Faustian tales are almost always tragic—this one is an unusually upbeat redemption story. And “Magic Theatre” couldn’t be a more appropriate venue, because what Rolston does in little over an hour is sheer magic. As Brenn puts it on first meeting Gandy, “It’s not so much who I am as what I can provide.”