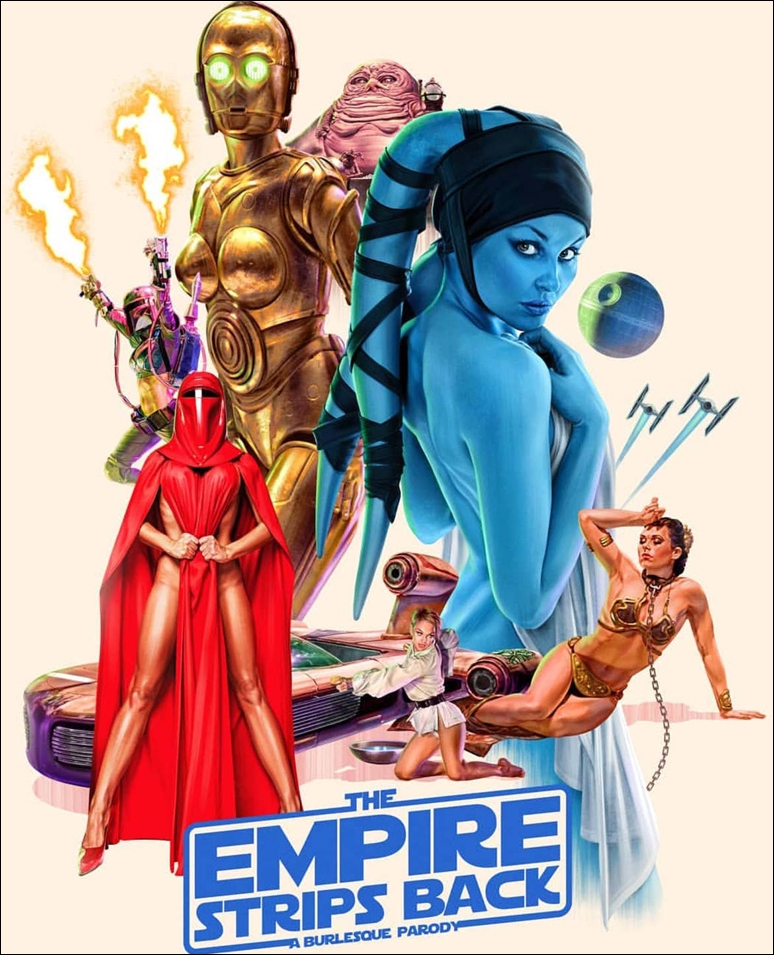 San Francisco has a long strong history of audacious theatricality.

Home-grown dazzlers include The Cockettes, The Tubes, Beach Blanket Babylon, and Teatro ZinZanni. Add to this list two or three annual performances of “The Rocky Horror Picture Show,” periodic revivals of “Hedwig and the Angry Inch,” an occasional over-the-top production of “Cabaret” (SF Playhouse, summer 2019) and hilarious touring shows such as “Head Over Heels” that rocked the Curran in spring 2018.

At Chinatown’s Great Star Theater through October 2, “The Empire Strips Back” is very much in this tradition. The show originated in 2011 for a three-evening run in Sydney, Australia and became a national hit, touring Down Under for years before it went global.

Billed as “a parody of Star Wars,” the show is more a Star Wars-themed spoof, with dancers assuming the guises of many Star Wars characters and the stage filled with props from the long-running film franchise. The lack of a through-line doesn’t tarnish the production, a music-and-dance revue that in classic burlesque style features a comic emcee who keeps the audience laughing while stagehands scramble behind the curtain, prepping for the next act.

Old-time burlesque featured not only a comic emcee, but jugglers, clowns, and assorted other diversions between the real attractions: scantily clad female dancers, with which the Great Star is abundantly supplied. Jugglers and clowns are notably absent, unless you count a twerking Chewbacca late in the second act. 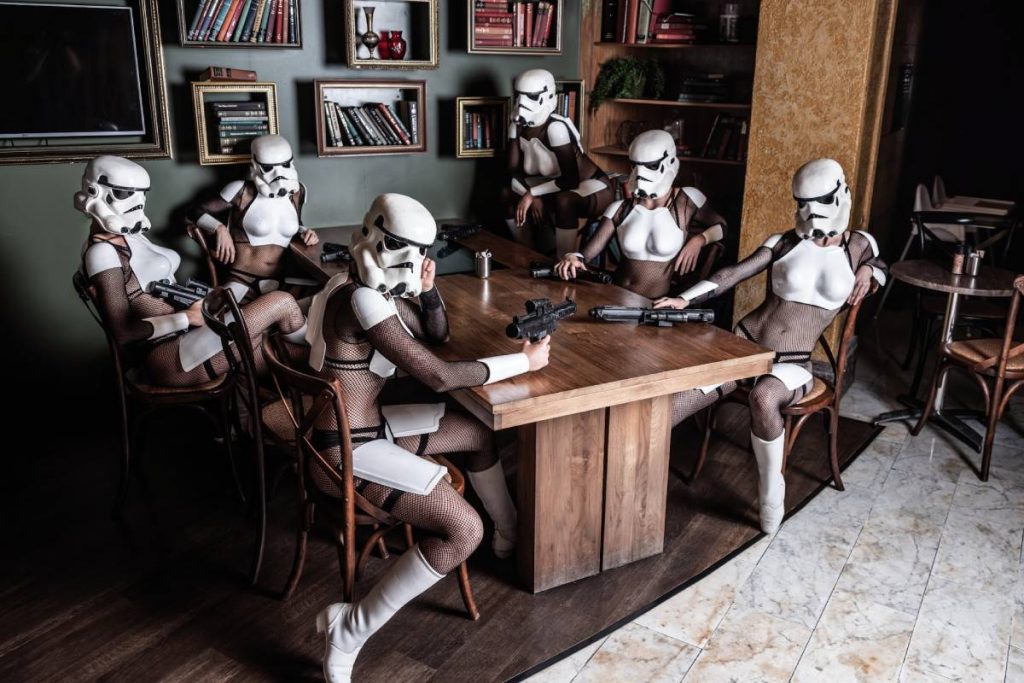 In a pale blue “Lando Calrissian” cape, Oakland comedian Kevin Newton serves amiably as emcee, with perfectly paced commentary on everything happening onstage and in the audience—a full house on opening night, and a rowdy one too. Who knew that San Francisco still had so many heterosexuals?

The show’s dancers are talented, gorgeous, and aggressive, with moves that encompass every dance genre from the early ‘60s to the hip-hop present. Erin Vander Haar is a standout, a superb performer with a compelling ability to flirt with her audience. The show’s pop music also encompasses the past 60-some years, going as far back as the Spencer Davis Group and into the contemporary era with pieces like “Seven Nation Army.”

Musically, and choreographically, there’s something for everyone in this show, but it’s geared for a young, contemporary crowd—especially those steeped in Star Wars lore, pretty much a definition of everyone born after 1965. Newton generates plenty of laughs with cult-insider humor.

Dance segments are outrageously delightful, such as one that liberally quotes the famous hair-slinging scene in the film “Flashdance,” done here atop Luke Skywalker’s hovercraft. As big as a dump truck, Jabba the Hutt appears onstage with dancers cavorting around and on him. Whether solo, duets, trios, or ensemble, the dance troupe is phenomenal. Stagecraft varies from amateurish to astounding. 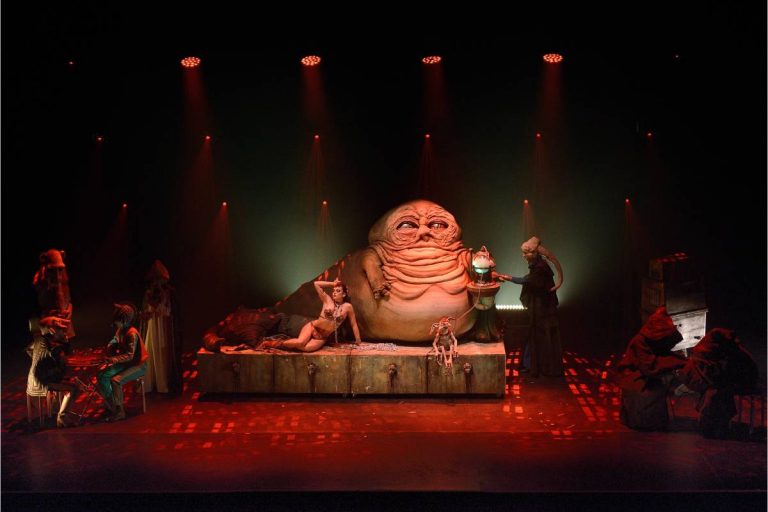 Takeaway: “The Empire Strips Back” is as far from serious theater as we can get, and what a welcome departure it is. We have to go back to “Head Over Heels,” more than four years ago, to remember a show where the audience sang along and afterward lingered on the sidewalk out front as if they didn’t want to leave. It’s probably some of the most fun you’ll have in a SF theater all summer long.