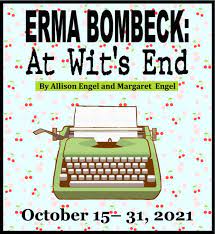 One of America’s most prolific and celebrated writers, Bombeck practiced her craft persistently from an early age with a series of poorly-paying small-scale gigs until she finally broke through in 1964 with Ohio newspaper the Kettering-Oakwood Times, which paid her three dollars for each weekly column. A year later she began writing twice-weekly columns for the Dayton Journal Herald. Shortly after starting with that publication, Newsday Newspaper Syndicate put her in 36 major U.S. newspapers—a stunning achievement for a new talent. By the 1980s her work was appearing regularly in 900 American and Canadian newspapers, totaling millions of readers.

She also appeared frequently as a radio and television personality and at her peak was earning as much as a million dollars annually. Despite hitting the financial jackpot, she continued in her tried-and-proven format of homespun humor from a suburban housewife’s perspective. In this, she was very much part of lineage of self-deprecating American humorists going back to Will Rogers, a lineage that includes masters of minor domestic absurdity such as Jean Shepherd and Garrison Keillor. (Terry Ryan’s “The Prize Winner of Defiance, Ohio” is very much in this tradition.)

…a delightful and fascinating piece of Americana…

Bombeck’s rise from working-class origins to media superstar was a quintessential American story, but she alienated some of her more conservative fans with her support of 1978’s still-languishing Equal Rights Amendment. All of this is conveyed casually and conversationally by Wagoner on a simple set by Brian Watson that serves as various parts of a Midwestern home. As easily as a neighbor chatting over coffee, she tells Bombeck’s first-person story (script by Allison Engel and Margaret Engel) without gloating about her ultimate success.

In a loose-fitting period-perfect dress (costumes by Barbara McFadden) Wagoner moves easily about the set, encompassing Bombeck’s career arc with a deferential, off-handed delivery that’s plausible and pleasant without an excess of irony.

The performance is well-paced—neither too slow nor too hurried—and at approximately 70 minutes, is the perfect length for both audience and performer. “At Wit’s End”—the name of Bombeck’s long-running column, a best-of compilation, and this show—is a delightful and fascinating piece of Americana.