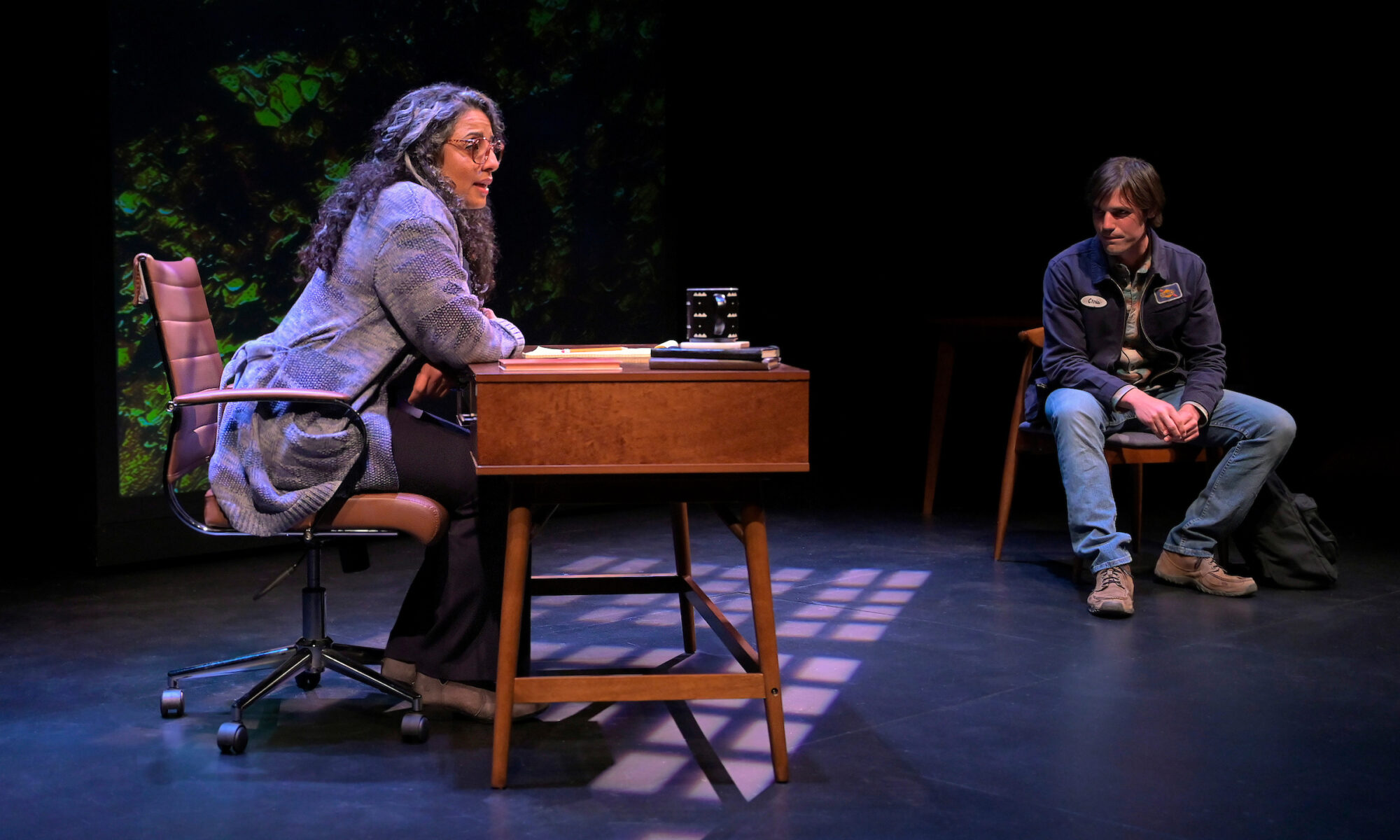 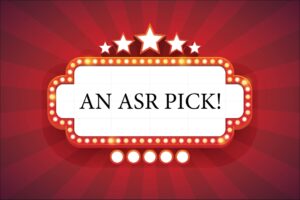 The lives of two talented writers intersect in unimaginable ways in Adam Rapp’s “The Sound Inside” at Marin Theatre Company through June 19.

The SF Bay Area’s multiple award-winning Denmo Ibrahim stars as Bella, a middle-aged professor of creative writing at Yale University. New York-based actor Tyler Miclean appears opposite her as Christopher, a belligerent but talented freshman in one of her classes. In a lengthy self-deprecating prelude, Bella relates her history as a writer and lover of literature, her relationship status (single) and a diagnosis of a potentially terminal medical condition. She’s published only one novel in her career, but is sanguine and accepting of her entire situation, including the fact that at 53, she still lives in faculty housing.

Into her comfortable but under-achieving life marches Christopher, a rebel to the core. He comes to her office repeatedly without seeking permission, rants impressively and knowledgeably about all things literary, refuses to use email, and even pounds out his own work on a manual typewriter—“a Corona, recently restored,” he brags. He basically intrudes into her life through sheer intellectual force, an intrusion that mystifies, annoys, and beguiles her. He’s clearly her psychic equal, perhaps the first she’s ever encountered.

Early on he tells her that he grew up in Vermont in a house filled with books, where his reclusive mother lives. Bella jokingly asks if his mother might be Joyce Carol Oates, the prolific novelist and career academic famous for writing in longhand, as did Kurt Vonnegut, another writer who gets more than passing mention in Rapp’s fascinating, tightly-woven tale.

Christopher proves to be Bella’s biggest fan when he not only quotes verbatim from her novel, but presents a copy as his proudest possession, a book she was certain had long gone out of print.

Together, Bella and Christopher are like two strangers bobbing about in a rowboat on an unfamiliar and turbulent sea. But what a sea it is! It would be unfair to performers and audience alike to reveal where their little boat ultimately goes, but it’s a journey recommended with the utmost sincerity.

Generously directed by Jasson Minidakis on a simple set by Edward E. Haynes, Jr., with gorgeous immersive projections by Mike Post, Ibrahim and Miclean take us on a fantastical exploration of little-examined territory. Their characters are far deeper than the self-absorbed literary types that we might expect on first meeting.

In some ways, “The Sound Inside” is a simple portrait of two people clinging to each other from sheer need, but in much larger ways it’s a sweeping celebration of the life-affirming potential that lies in every seemingly insignificant—even annoying—encounter.

Brilliantly written, brilliantly directed, and brilliantly performed, “The Sound Inside” is a paean to human connectedness—a stunning, lovely piece of magical realism. Marin Theatre Company could not have chosen a more poignant tale to close its 2021-22 season.