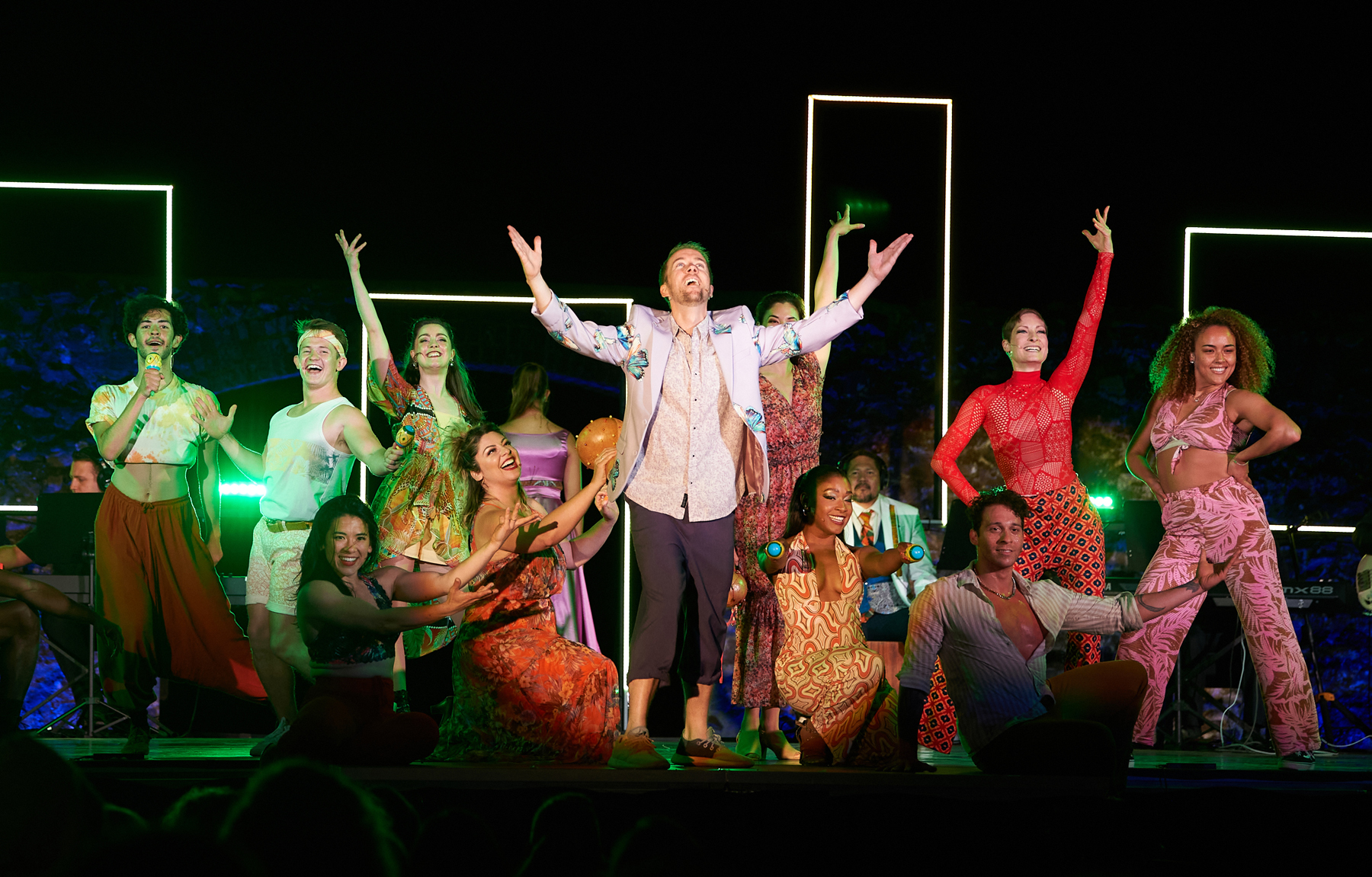 Summers at Jack London State Historic Park in Glen Ellen have been parched and dusty ever since Transcendence Theatre Company abandoned their outdoor stage for two years due to the pandemic.

TTC’s award-winning assemblage of talented singers and dancers from Broadway and LA shows have finally burst back onto the stage for their summer season opener “Let’s Dance.” They’ve returned with smiles, boundless energy, and rhythm from top to toe.

When the orchestra sounds the opening note, and the bright lights go up onstage, prepare to be blown away!

Transcendence has presented productions under the stars at Jack London State Park for ten summer seasons. Their successful “Best Night Ever!” formula has traditionally been a potpourri of popular song-and-dance numbers from hit musicals. “Let’s Dance” is their first summer offering for 2022, to be followed by two later productions: “Hooray for Hollywood” in late July and early August, and “The Gala” in September.

“Let’s Dance” displays the influence of guest director and choreographer Luis Salgado, whose Puerto Rican roots give the entire production a Latin flair. Salgado enthuses “I wanted to showcase the cultural heritage of dance to include salsa, Peruvian tap, and drum solos. We blended these with contemporary moves. It was a challenge rehearsing new movement styles outdoors in the heat of the sun, waiting for it to cool off a little. But we did it! I love this community and its spirit, its soul!”

Salgado brings out the best from TTC’s troupe of skilled dancers. Their exhaustive efforts—strenuous, athletic, and precise—give a rousing start to the opening number in “Primer Acto” (Act I.) Twenty singers and dancers, including many new faces among beloved Transcendence regulars, keep the energy charged up.

Segundo Acto (Act II) starts with a Peruvian drum solo improvisation by guest artist Luis Antonio Vilchez Vargas in baggy white pants and a big smile. The audience claps as instructed, to amusing pantomime. The feel-good atmosphere rises as does the moon above the stone ruins of the park.

“Let’s Dance” is mostly dance, yet plenty of singing numbers also shine. Spanish speakers may enjoy “Dos Oruguitas” while all can follow the many musical medleys packed with Broadway hits. The production is splendidly accompanied by the 10-piece Transcendence Band conducted by Matt Smart.

Jack London State Historic Park starts admitting picnickers to TTC performances as early as 5 p.m. Patrons bring hampers, food trucks ply their wares, premium wine and beer vendors offer tastes and sell glasses and bottles—to be enjoyed outside the amphitheater, as no alcohol may be brought in.

Live music encourages the fun and friendly banter in the dry open field, amusingly mislabeled the “great lawn.” Outdoor seating, all assigned, begins in the stone ruins as the sun drops low beyond the mountains. New this season are chairs with padded seats and backs, a welcome addition to the winery ruins.

Just before the show starts at 7:30, take time to breathe deeply of the clear air in the summer night. As the nearby vineyards glow in the setting sun, get out a jacket and lap blanket, and enjoy the quiet beauty of this Valley of the Moon. When the orchestra sounds the opening note, and the bright lights go up onstage, prepare to be blown away!