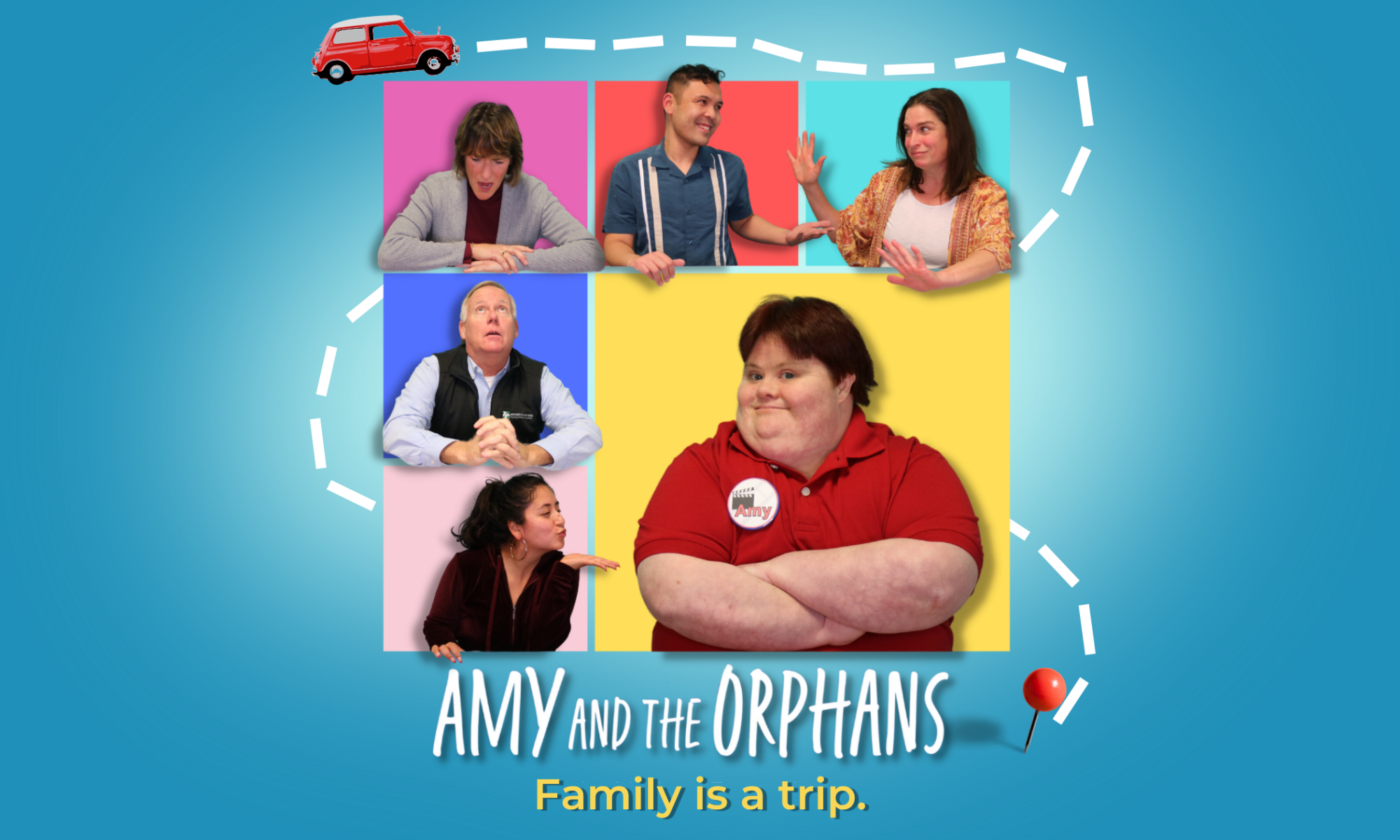 On rare occasions, an obscure play with an unknown star rocks the theater world.

At Petaluma’s Cinnabar Theater through February 20, Lindsey Ferrentino’s “Amy and the Orphans” is exactly that kind of production. In it, a couple of adult siblings named Maggie and Jacob (Mary DeLorenzo and Michael Fontaine, respectively) return to New York for their father’s funeral. They also have a half-baked plan to get their sister Amy (Julie Yeager) to move out of the state-supported home where she has lived for many years and to come reside with one of them.

It’s not clear why Maggie and Jacob wish to do this—they’ve had little contact with Amy for a long time, and no experience caring for her. Perhaps a lingering sense of guilt propels them, and while bickering with each other, they press their case with both Amy and Kathy (Jannely Calmell), her caretaker. The results are heartrending and comical.

A Down’s Syndrome person, Amy has a strong attachment to where she lives, a residence full of her friends. She’s a movie fanatic, watching them constantly on her iPad, and has a job working in a movie theater—a perfect occupation, in that she has memorized every classic line from every iconic film reaching back decades.

It’s a very fulfilling life for her. She doesn’t want to disrupt any of it, but her sister and brother insist that they know what’s best. Blessed with an innocent passion for fairness, Amy argues with impeccable logic about why she should remain where she is, and when rationality fails to convince them, she resorts to small-scale guerrilla tactics, coming close to risking her life in her fight for autonomy.

With a great sense of comic timing and tremendous confidence, Julie Yeager astounds in the lead role. Her wise replies come off with an improvisational immediacy that one might expect from a theatrical veteran of many years. So do her many movie-quoting bits, all done with perfect timing and the original characters’ diction. She’s a wonder to behold, provoking a spontaneous standing ovation from a nearly full house on opening weekend.

DeLorenzo and Fontaine are very good as middle-aged siblings whose differences have never been resolved. Calmell, a young veteran of many North Bay productions, is excellent as Kathy. Gina Alvarado and Justin P. Lopez are enjoyable diversions in a couple of flashback scenes of Sarah and Bobby, the parents of Maggie, Jacob, and Amy.

Director Nathan Cummings has gotten a world-class performance from his cast of six, but most especially from Yeager, an absolute joy. Cinnabar’s whimsical set (by Brian Watson) and goofy props only add to the fun and satisfaction.

“Amy and the Orphans” is one of the freshest things to land at local theaters in years. Continually engaging, uplifting, and at moments downright hilarious, it’s a show that will instill hope and bring you to your feet in celebration.