The dictionary defines “jazz” as American music developed from ragtime and blues and characterized by propulsive syncopated rhythms, polyphonic ensemble playing, varying degrees of improvisation, and often deliberate distortions of pitch and timbre.

It’s an accurate parallel to Nambi Kelley’s latest play “Jazz,” just opened at the Marin Theatre Company in Mill Valley. All the jazz components are here, dissected on stage. Based on the book by Toni Morrison and directed by Awoye Timpo, this production propels story lines, characters, and time frames from 1920s Virginia cotton fields to NYC’s Harlem. It’s not a musical and there are no instruments onstage, although Marcus Shelby’s music adds to the texture of the performance.

“Jazz” opens with a young girl’s funeral, then aggressively explodes into a polyphonic ensemble of an emotional wife and a cuckolded husband, surrounded by busybodies. A colorful talking and singing parrot joins the cacophony in an over-the-top role by multi-talented Paige Mayes.

Just let it waft over and enjoy.”

With jazz music, a bluesy baseline melody can be ephemeral, quickly punctuated then disappearing. It typically returns later, played by another instrument or in a different key. The well-worn story lines in “Jazz” follow this lead.

Post-funeral, a flashback begins with the blues. It’s a mother’s suicide, and a young girl (C. Kelly Wright) is sent off to work the cotton fields. Boy (Michael Gene Sullivan) meets girl, they enjoy some happy married years, then husband meets younger girl (Dezi Soley), younger girl tempts then taunts husband, husband rages out of control, wife rages at girl’s funeral. And we’re back where we started, almost.

A reappearing melody or theme is a familiar and welcoming ploy in every genre of music, yet difficult to manage on the stage. Threads of several story lines in “Jazz” repeat stage right, then left, with minor changes in pitch and timbre. These flashbacks can be confusing; it’s best not to fret. Just let it waft over and enjoy.

The actors put a lot of energy into their roles, although without mikes many quick spoken lines are lost. Local favorite Margo Hall plays multiple roles with skillful versatility while Lisa Lacy, Dane Troy and Tiffany Tenille complete the talented cast. They dance ragtime, sing snippets of spiritual songs, and make the most of the “devil music” in “Jazz.” 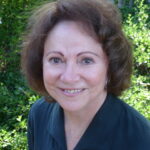 ASR reviewer Cari Lynn Pace is a member of SFBATCC and writes theatre and lifestyle reviews for the Marinscope Community Newspapers throughout Marin County.