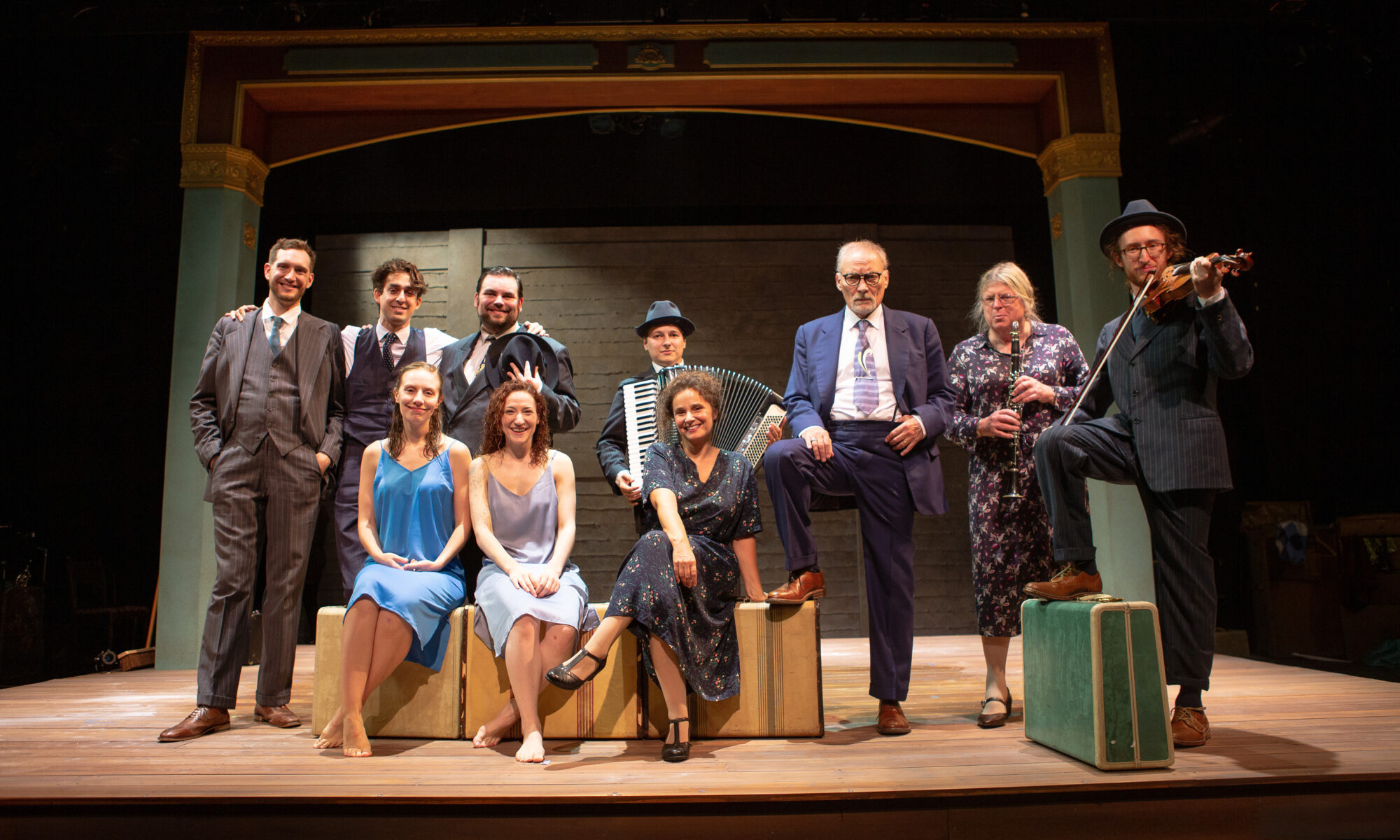 San Francisco Playhouse’s play-about-a-play is both an historical recounting and a peek into theatre of today. Nominated for three Tony Awards, “Indecent” marks the Bay Area premier of this critically acclaimed work by Paula Vogel.

Director Susi Damilano staged this production with a skillful hand and an eye toward authenticity, expertly aided by the Yiddish Theatre Ensemble. The changes in place and time come together swiftly in this two-hour production, spanning the first half of the 20th century. Many stop-action tableaux are used to stunning effect, moving the scenes forward as the actors shift years. Three musicians led by Dmitri Gaskin lend joyful klezmer-infused songs onstage as actors intermittently dance and sing.

The set by Richard Olmsted is an open frame where props, costumes, lights, and actors wait on the sides until needed. “Indecent” action centers inside the frame as the narrator, the Yiddish theater company stage manager Lemml (Dean Linnard) begins telling the story to the audience. He’s backed by a solid wall punctuating the actors’ dialog as it flips from Yiddish to German to English and back again.

“Indecent” follows the true 1906 saga of a young Jewish playwright, Sholem Asch (Billy Cohen), who vainly attempted to have the Polish literati support his new play “The God of Vengeance.” Soundly rejected by rivals in Warsaw for the “immoral and indecent” themes contained, Asch took the play to various international cities, starting with Berlin, to great acclaim.

Set in a Jewish community in Poland, it became the first Yiddish play to be translated into multiple languages and staged across Europe. It was controversial with its themes of sex, lesbianism, a brothel side business, hypocrisy, and the desecration of a Torah scroll. “God of Vengeance” was highly acclaimed and mightily condemned for 17 years. It enjoyed a successful international run until it reached New York City.

In 1922 “God of Vengeance” was translated to English and premiered in Provincetown, Massachusetts. The controversial buzz—and the police—were waiting when the play opened in NYC the following year. The producer and entire cast were busted for “unlawfully advertising, giving, presenting and participating in an obscene, indecent, immoral and impure drama or play.” Their arrest and the fallout through 1953 form the basis for “Indecent,” which playwright Vogel has captured with astounding sadness, madness, and hope.

Interestingly, “Indecent” reveals it was the local NY rabbi who lodged the obscenity charges against the solidly Jewish playwright. Although overturned two years later, the charges altered the lives of all concerned. Eugene O’Neill(also Billy Cohen), a defender of the play, shares a cameo part onstage with an older Asch (Victor Talmadge) when he commiserates that “Every religion, even Jews, sells God for a price.”

“Indecent” is a time capsule bursting with the best and worst of history and hope. Playing now through November 5th, it’s a welcome opener for San Francisco Playhouse’s 20th anniversary season. They couldn’t have made a more solid choice.