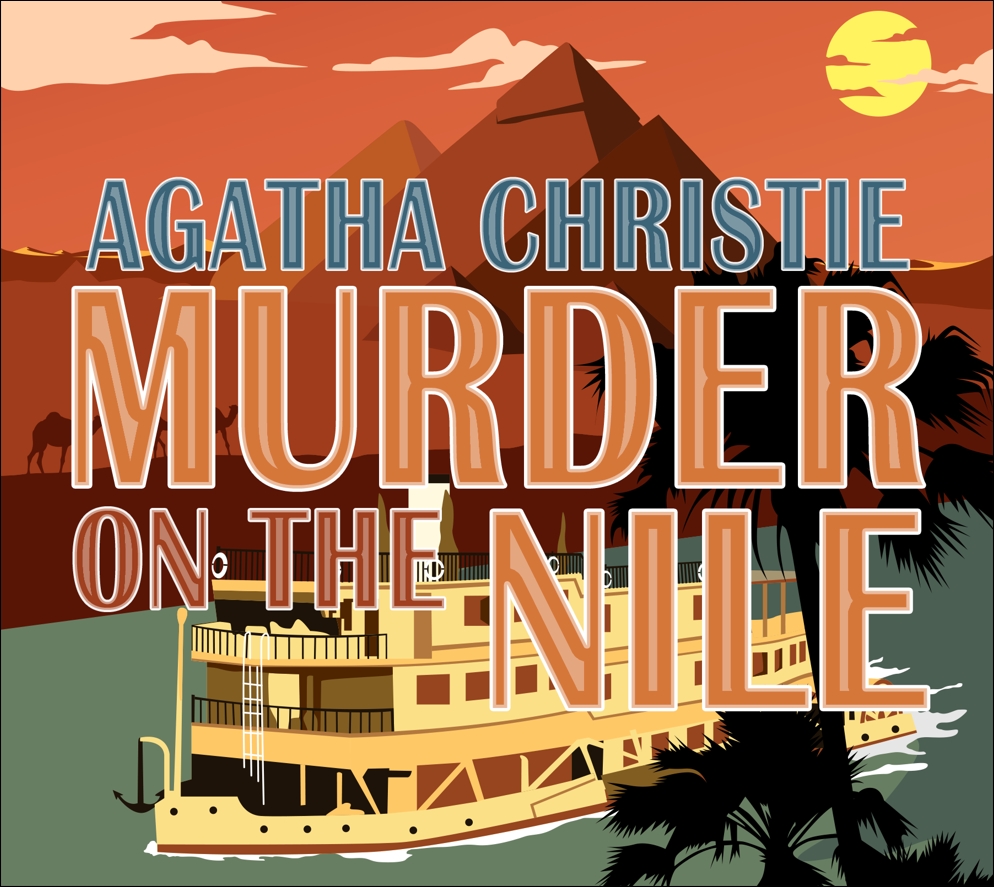 Who doesn’t love a “whodunit?” Audiences revel in the idea of trying to figure out which one of a number of suspects is the culprit. And who is the Queen of that genre? Agatha Christie, of course.

Director Brad Friedman and Coastal Repertory Theatre in Half Moon Bay figured it was a safe bet that audiences would find Murder on the Nile a fine way to spend three hours.

It most definitely is.

Though that pillar of Christie books Hercule Poirot appears in this one as well, Agatha herself decided that he had no place in the stage play.  But one of the play’s characters, Canon Pennefather (played to perfection by Louis Schilling), is the closest thing to a Poirot surrogate as possible – and it’s much easier to understand him!

A week or so before opening night, this production caught a bad break when Carolyn Ford Compton, set to play the part of Miss Foliot-Foulkes, spent several days in the hospital and had to bow out. Her role was taken over by Nancy Martin, a seasoned actress who taught high school drama for 19 years and has performed in many area productions.

Martin was commendable as Miss F-F, but a shade too severe and wore a stern frown in nearly every scene. Still, on quick notice, her effort is admirable.

Amy Stringer brings the exact amount of agita to her role as the jilted woman, Jacqueline De Severac, whose fiancé, Simon Mostyn (a somewhat miscast Rob Hedges) breaks off their engagement when he falls for Jackie’s best friend, the rich beauty Kay Mostyn (Allison Gamlen).

Though she’s only in a few scenes, Gamlen makes an indelible impression with her savoir faire, attractiveness, permed hair wig and gorgeous costumes (the work of Michele Parry and her assistant, Sue Joswiak). 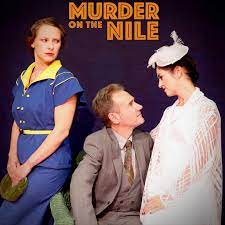 The cast overall is strong, including Janelle Aguirre as Louise Bourget, who works for the story’s small river cruise company and attempts to keep her small cadre of guests happy while onboard the S.S. Lotus. Alex Bloom is youthfully perfect as Christina Grant, the niece of the hyper-critical Miss F-F, always trying to please her – a task too Herculean for anyone.

Johnny Villar as William Smith, seemingly the only guest who doesn’t come from money, starts out as a milquetoast – or even a gold-digger when he starts flirting with Christina – but he, too, isn’t really who he appears to be.

As the German doctor, Dr. Bessner, Amnon Levy provides a very-authentic sounding accent and a seriousness about all the murder attempts in the play. Greet Jaspaert as Mrs. McNaught, Kay’s maid, seems somewhat miscast, though she tries hard to fit in.

R. Dutch Fritz uses the wide CRT stage to good advantage, giving it the appearance of one end of a river boat with six large windows at the back of the set, doors to cabins on each side of the set and a few accoutrements of Egypt like a wall hanging and period sconces. The wicker furniture at the front of the stage looks right at home in Egypt’s heat and humidity. Opposite is a long bar, a period radio and some kind of Egyptian bird on the wall. Persian rugs are scattered around the two-level set with long white curtains tied back on the windows so the blue sky is visible to all.

Lighting by Carson Duper is fine, and Kristin Pearson’s sound design is pitch perfect. Nearly every word was easily understandable from the first- to the top- row of seats.

Interestingly, CRT’s Murder has two intermissions and is presented in three acts, although some are much shorter than others. Overall, there’s plenty of murder, mayhem and mystery to keep the audience’s attention. Many walk away asking each other: “Did you figure out who the real murderer was?” 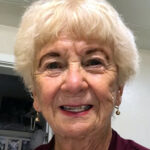