ASR’s “Stuff Worth Seeing” brings you news and reviews of exciting programming our critics and writers believe is worthy of your time and attention. Check them out! Thanks! — Editor 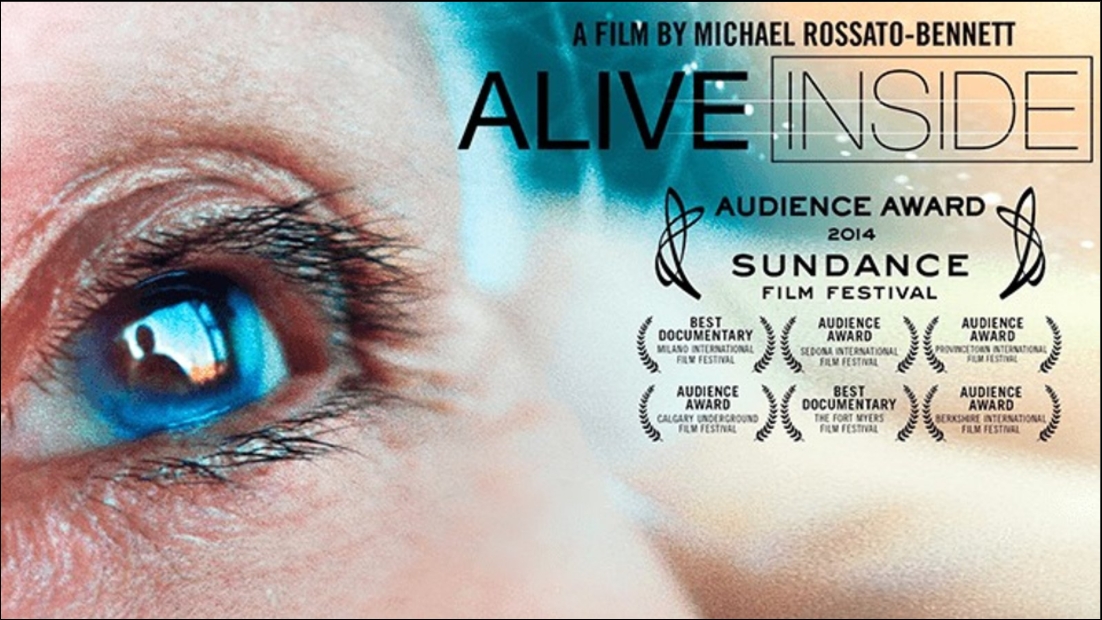 Some years ago, a friend and his sister decided that they would care for their elderly mother at home rather than handing her over to professional care. They fed her and bathed her and made sure that she consumed dozens of prescription medications several times per day, a self-imposed task that they originally imagined would last at most a year or two, given that their mother was well into her 80s and suffering from multiple ailments.

Instead, their home health-care regimen stretched into several years. Despite her general weakness, their mother proved an amazingly durable physical specimen, but mentally she was almost completely gone. She had come to the US as an immigrant at the age of eight and spoke English her entire life. Near the end, she lost all her English and spoke only rudimentary Greek. She no longer recognized her son and daughter.

Dementia is a widespread and growing problem. There are more than five million dementia patients in the United States. Approximately twice that number work full-time caring for them, to a large extent dispensing sedatives and other drugs that make them more manageable. There is a much more effective treatment available for those with dementia and other forms of mental impairment, treatment with very low cost and no negative side effects, compellingly demonstrated in a documentary by Michael Rossato-Bennet.

Alive Inside opens with an informal interview with a 90-year-old resident of a nursing home. She speaks in cogent sentences, but when asked about her life, can’t remember much. Then she dons a pair of headphones and hears a recording of Louis Armstrong playing “When the Saints Go Marching In.” The recording triggers a rush of memories and she pours forth all kinds of information about her life, from childhood on, information that was hidden from her prior to hearing the music. It’s one of the film’s many examples of the therapeutic value of music for people suffering from dementia.

Winner of multiple awards at several international film festivals, Rossato-Bennet’s 2014 documentary follows social worker Dan Cohen through three years of introducing the benefits of music to people suffering from Alzheimer’s disease and other devastating forms of mental deterioration. Equipped with headphones, iPods, and a laptop computer from which he can program each player for each patient, Cohen visits nursing homes and works apparent miracles through the simple act of sharing music.

Many of the patients he visits are in vegetative or near-vegetative states and haven’t responded to other forms of therapy, yet they all respond to music—in particular, music that was very meaningful for them in their youth. The reason, according to neurologist Oliver Sacks (author of Musicophilia: Tales of Music and the Brain, among many other titles) is that “music is not just a physiological stimulus . . . it engages the whole brain—memories, and emotions—in a way that no other stimulus can. “ Sacks goes on to explain that music connects to parts of the brain that are the last to be affected by dementia. It can awaken dormant parts of the brain that can’t be reached otherwise.

We are treated to an irrefutable example of this healing power late in the film when we meet a woman named Mary Lou Thompson, in late middle age and apparently good physical health but whose mind has begun to disintegrate. She’s lost words for common objects such as “fork” and “spoon” and can’t remember which button does what in her building’s elevator. Cohen fits her with headphones and an iPod loaded with music from her youth—Beatles and Beach Boys—and in an astounding transformation, she not only has a positive emotional breakthrough but begins to regain her vocabulary. Her personal music system and soundtrack are foundational to her new level of independence.

The film strongly implies that for music therapy to be effective, it must be music that is deeply significant for listeners. Advocates of classical/jazz/New Age/you-name-it music will be disappointed to learn that their favorite genres don’t have innate healing potential, nor do once-weekly concerts by well-meaning visiting musicians. The music played has to be deeply meaningful for each listener. For Henry, a ten-year nursing home resident who spends most of his time dozing, it’s Cab Calloway that wakes him up. A paranoid schizophrenic named Denise is emotionally out of control, but comes to center hearing Schubert’s “Ave Maria.” In another scene, she discards her walker and dances to salsa music. She hadn’t been without her walker in her two years at the institution, according to Rossato-Bennet.

Unlike drugs intended to keep elderly patients sedated, there doesn’t appear to be a downside to music therapy. Yet it’s near impossible to get it approved for widespread use, according to gerontologist Bill Thomas, MD, who states “The amount spent on drugs dwarfs what we could be spending on music therapy for every nursing home patient in America.” Thomas encounters no obstacles writing prescriptions costing $1000/month but has no way to get a $40 personal music system approved. Drugs make patients more manageable for nursing home workers, but, Thomas says, “We haven’t done anything, medically speaking, to touch the heart and soul of the patient.”

My own father lasted well into his 80s without paying any particular attention to diet, exercise, or other health concerns. Other than being a cranky old guy, he wasn’t mentally impaired. What sustained him throughout his life was his abiding love of music—especially Swing Era and Dixieland jazz, the music of his youth. He remained deeply involved with his music library right to the end, without relying on massive amounts of prescription drugs. Music carried him along. As the old saying goes, it added life to his years and quite probably, years to his life. Alive Inside makes a strong case that the same outcome might be possible for millions of elders.

A documentary by Michael Rossato-Bennet