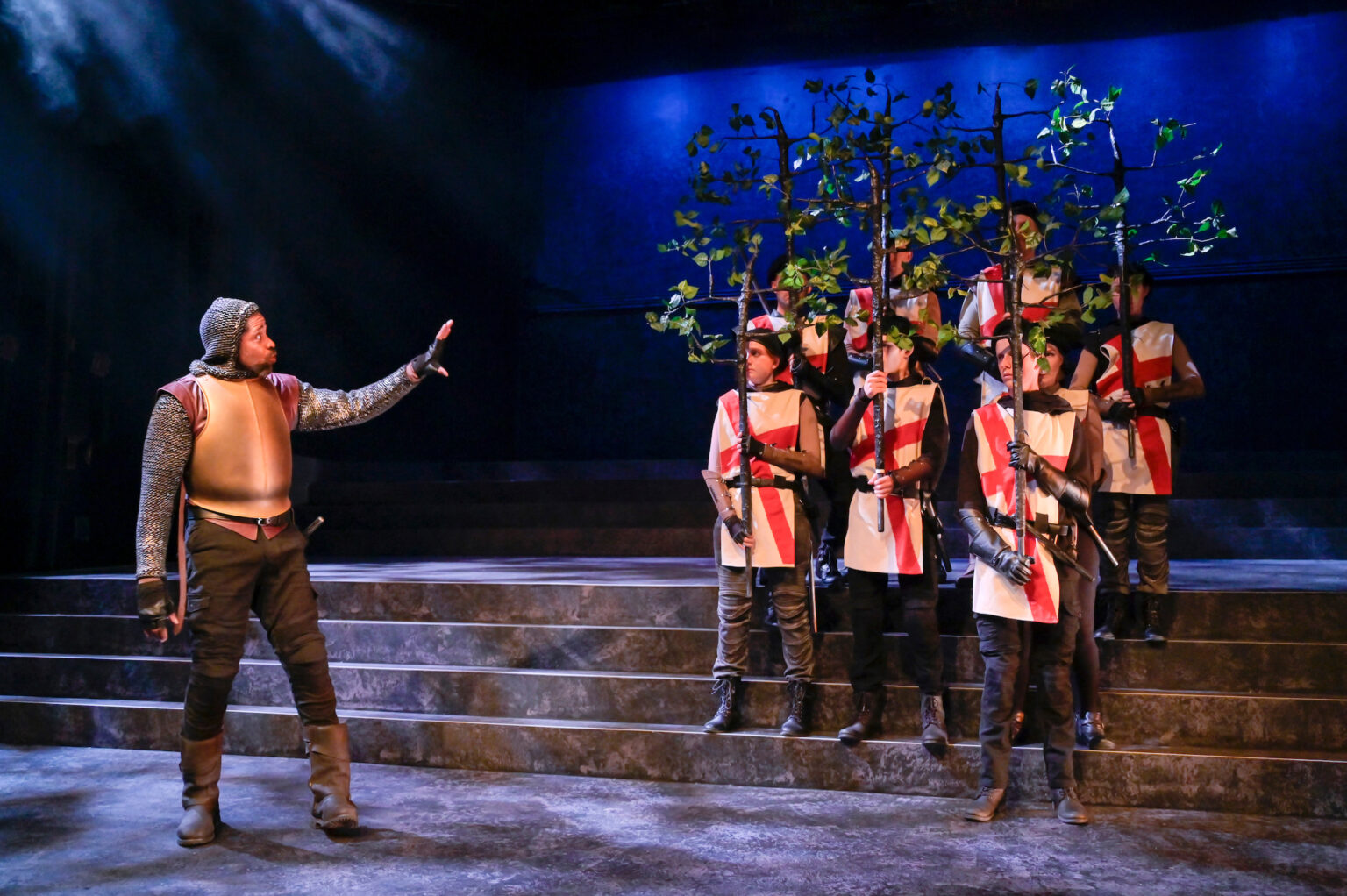 Theatergoers with an appetite for the unusual have until October 16 to see David Grieg’s Dunsinane at Marin Theatre Company.

A sequel to Shakespeare’s Macbeth that extends the original story without further illumination, MTC’s nearly three-hour production takes the bold approach of combining top-tier Equity actors with high school drama students from Mill Valley’s nearby Tamalpais High School. The student actors mostly appear as English and Scottish soldiers identifiable by red (English) or blue (Scottish) emblems on their vests—interchangeable as scenes demand, and perfectly in keeping with the old adage that wars are fought by the young, poor, and disenfranchised for the benefit of the old, rich, and powerful.

None of Grieg’s poor young soldiers seem to have any idea what they are fighting for, nor why they are hiking around in some of the most inhospitable country imaginable. On the other hand, their respective leaders—Siward (Aldo Billingslea), an easy-going, rational English general, and Scottish queen Gruach (Lisa Anne Porter)—have some solid motivations. Gruach, known in the original as the avaricious Lady Macbeth, has a son by her deceased husband that she would like to see installed on the Scottish throne. Siward would like to put an end to the pointless bloodshed and initiate a lasting peace, even if doing so requires more bloodshed. That’s how the human animal behaves.

The reasons for the struggle for the Scottish throne aren’t clear, but neither are most of reasons for most of the real wars that have plagued humankind since the beginning of time. They’re all about slaughtering infidels for the glory of an imagined deity, defeating this monarch and installing another one, pushing a border this way or that, or claiming some resource at the cost of thousands of lives to benefit an unborn generation, or in the case of Dunsinane, control of a castle. It’s inexplicable.

But inexplicability can also be quite entertaining. In that, MTC’s Dunsinane succeeds well if not wildly. Billingslea and Porter are excellent, as are theater veteran Michael Ray Wisely as Macduff, and Tam High student Jack Hochschild as The Boy Soldier, who delivers a quite moving closing monolog as snow falls around him and the lights slowly fade (lights and projections by Mike Post).

The show benefits from a single austere set by director Jasson Minidakis and Jeff Klein, and gorgeous music by Chris Houston and Penina Goddessmen. Shakespeare enthusiasts may be especially intrigued by Dunisnane, a rare Shakespearean follow-up that’s not a spoof. 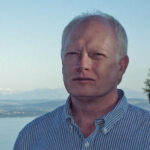