It’s that time of the year again, and Transcendence Theatre Company has cooked up something special sure to put you in the spirit. Their Broadway Holiday Spectacular is back, and this season, it’s better than ever. Featuring a talented troupe of artists from all over the country – including many familiar faces, and some exciting new additions to the Transcendence family, too – it’s a high-energy night full of festive, foot-tapping fun for folks of all ages. Be sure to catch it while you can, before the show’s two-week run ends on December 12th.

Returning audiences will recognize all the traditional elements of a night spent with Transcendence – fresh and funny renditions of favorite tunes and classic carols, a live band and dazzling choreography, and of course, a pre-show party complete with food and wine from local vendors. But this year, the fun has moved under the big tent at Belos Cavalos, a charming equestrian estate tucked away in the hills of Kenwood, where guests will enjoy the chance to mingle with horses and goats during intermission, and gather around tables in lieu of standard theater seating.

On the program are a number of fan-favorites from previous years, including a clever play on Madonna’s “Vogue” paying homage to Rudolph of reindeer fame, and a silly song about making fruitcake set to the tune of Ricky Martin’s “Livin’ La Vida Loca,” performed capably by Transcendence newcomer Edward Juvier. There are some fun surprises, too, including two four-legged guest-stars, and a creative take on “12 Days of Christmas” inviting audience members to help with the countdown.

If you’ve never experienced a Transcendence show, make this the first of many.”

Lori Haley Fox is quirky and endearing as Mrs. Claus, who serves as our narrator throughout the evening, and Preston Truman Boyd is our flannel-clad Santa, loosely framing the musical acts within an uplifting story about family, friendship, and love. Behind them onstage, the live band really rocks, and bassist Lynn Keller even joins performer David Morgan for a cute number about Chanukah, together lamenting the limited greeting card options available at the local drugstore.

There are, of course, some slower heartfelt pieces in the mix, including a haunting rendition of “O Holy Night” performed by Kyle Kemph, whose voice is so clear and bright it gave me chills, and Arielle Crosby, whose talent alone is worth the price of admission. The pair team up again for an equally moving performance of beloved Mariah Carey and Whitney Houston duet “When You Believe.” Maria Bilbao nearly steals the show with a spine-tingling version of “Please Come Home for Christmas.” She makes it sound effortless, and the high notes brought actual tears to my eyes.

The entire cast is immensely talented, so much so that it almost feels unfair to single anyone out. But I’d be remiss not to also mention Transcendence newcomer Luther Brooks IV, who charms with his sparkling smile and evident dance skills. Be sure to keep an eye on him during some of the big ensemble numbers. Choreographers Matthew Steffens and Marissa Barragán have worked some magic on stage, making the show as fun to watch as it is to hear and sing along to. (Did I mention there are tiny goats in diapers?)

If you’ve never experienced a Transcendence show, make this the first of many. And if you’re a repeat visitor, you’ll be happy you didn’t miss out on this one. Plan to get there early and meet the horses, take selfies with goats, and wine and dine with friends before the show. Bring layers, too – the heated tent felt a bit chilly as the night cooled down. Even so, you’re sure to leave feeling full of warmth and holiday cheer. 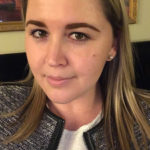