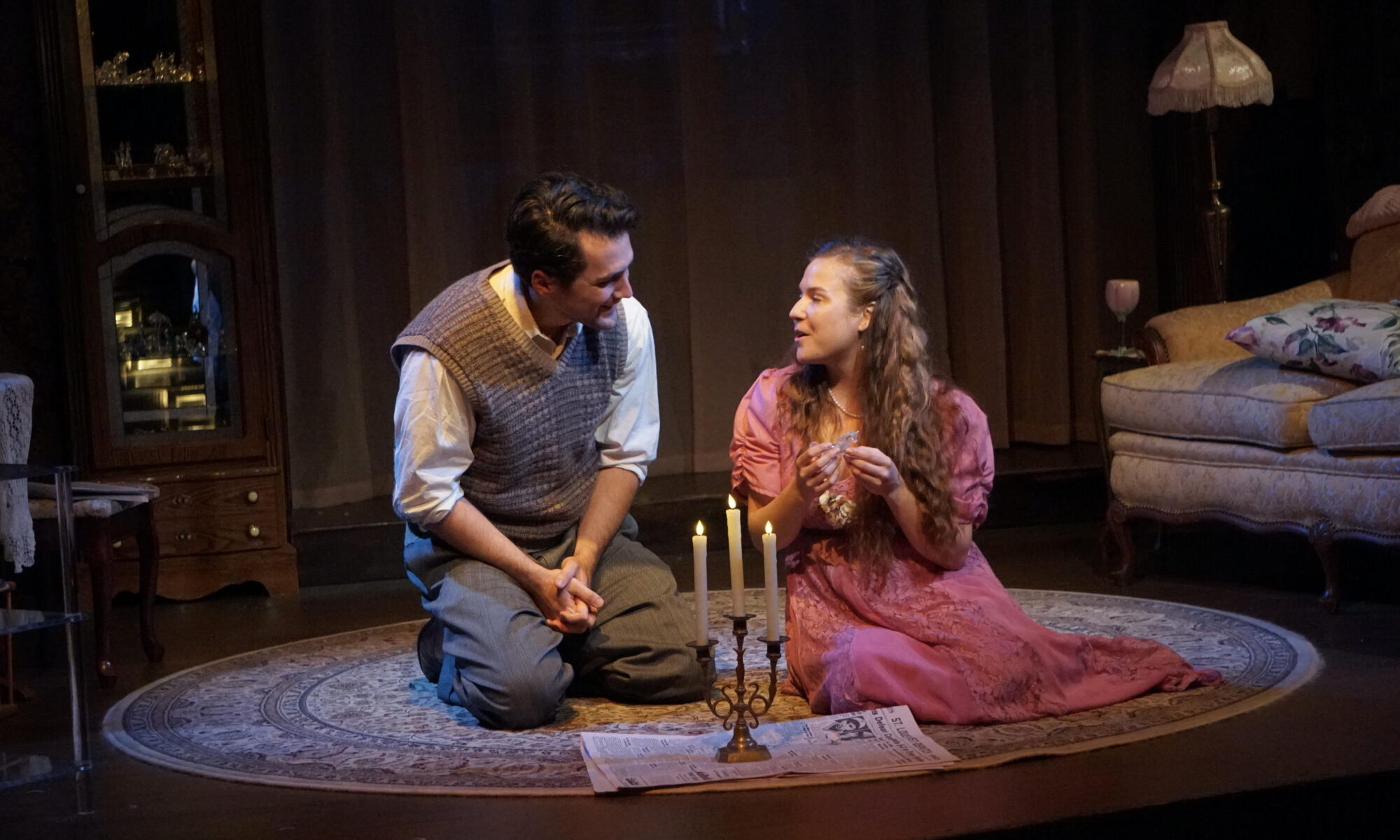 Main Stage West has rebounded from the confounding “Late, A Cowboy Song” with an exceptional production of the Tennessee Williams classic “The Glass Menagerie.” Expertly directed by Elizabeth Craven, it may be the only production ever done featuring real-life mother-and-daughter as their fictional counterparts.

Williams’ “memory play” takes place in St. Louis, in the late 1930s. A three-member family struggles to survive in the wake of a long-ago departure by an unnamed father and husband, whose portrait and influence loom over everything in the household.

The four-member cast is beautifully balanced. MSW’s compact stage is the perfect venue for the Wingfield family’s shabby St. Louis apartment—set design by David Lear and Elizabeth Craven. Missy Weaver’s moody lighting contributes to the Wingfields’ unhappy ambience, and carefully-curated selections of ‘30s-era music help put the story in its proper historical perspective—sound designer not credited in the playbill.

This “Menagerie” is a stunning example of superb ensemble work that sails along at just the right pace, neither too briskly nor too slowly. Matthews exhibits palpable sensitivity as his Jim gets to know Laura, and Ivy Rose plumbs the depths of Laura’s rudderless existence. Baker confidently anchors the whole production, serving as a morose counterbalance to Sheri Lee Miller’s flamboyant and hysterical Amanda.

MSW’s production of “The Glass Menagerie” is among the finest this reviewer has ever seen—an exquisite piece of theatrical art that should be on every theatergoer’s must-see list.