Through April 7, the intimate stage at Napa’s Lucky Penny Productions is transformed into a VFW bingo hall where three women brave the elements to vie for power, glory—and maybe a handful of petty cash—in a raucous production of “Bingo, the Winning Musical.”

The friends, Vern, Honey and Patsy, dead-serious Bingo fanatics all, converge to compete on the fifteenth anniversary of Vern’s split with her former friend Bernice (Jennifer Brookman), an event so traumatic that the two have never reconciled. It’s an injustice that Bernice’s daughter Alison (Pilar Gonzalez) is determined to make right.

Outlandish challenges—“I’m a professional bingo player!” shouts Vern (the irrepressible Daniela Innocenti Beem)—an attempted seduction of the game’s number caller Sam (Tim Setzer) by the flirtatious Honey (Shannon Rider), and the invocation of spirits, talismans, and good-luck charms by the addled Patsy (Sarah Lundstrom) are only part of the fun, all watched over by Minnie (Karen Pinomaki), a mischievous sprite who manages the hall, an authentic recreation of such places found in almost every town in America. Lucky Penny’s set includes a real numbers board, a rotating hopper to randomize the balls, and bingo cards for each member of the audience, encouraged to play along at least three times in the course of the show. Napa just happens to be home base for a major distributor of bingo equipment. Who knew?

Add to this some spectacular singing in ensemble numbers such as “Girls Night Out,” “Anyone Can Play Bingo,” “I  Still Believe in You,” “Under My Wing,” and “Ratched’s Lament.” Solo numbers are also superb (music direction by Craig Burdette), including “I’ve Made Up My Mind” (Alison), “Patsy’s Flashback,” “Swell” (Vern), and “Gentleman Caller” (Honey). Where else can you see a “straightjacket ballet” (choreography by Staci Arriaga and Taylor Bartolucci) in which bingo gals go all out like a bunch of lunatics recently released from the asylum? Does bingo make its players crazy or are they a little bit that way from the start?

Infectiously energetic, “Bingo, the Winning Musical” doesn’t offer profound messages or cosmic revelations, but—perhaps more appealing—it does ultimately set aside the petty resentments that infect us all in favor of enduring friendship among charmingly ordinary people. Tickets are money well spent on a couple hours of great silly lightweight fun with the added benefit of a potential sweep of “blackout” or “crazy snakes.” You can’t win if you don’t play. 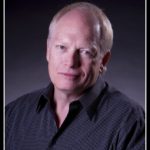