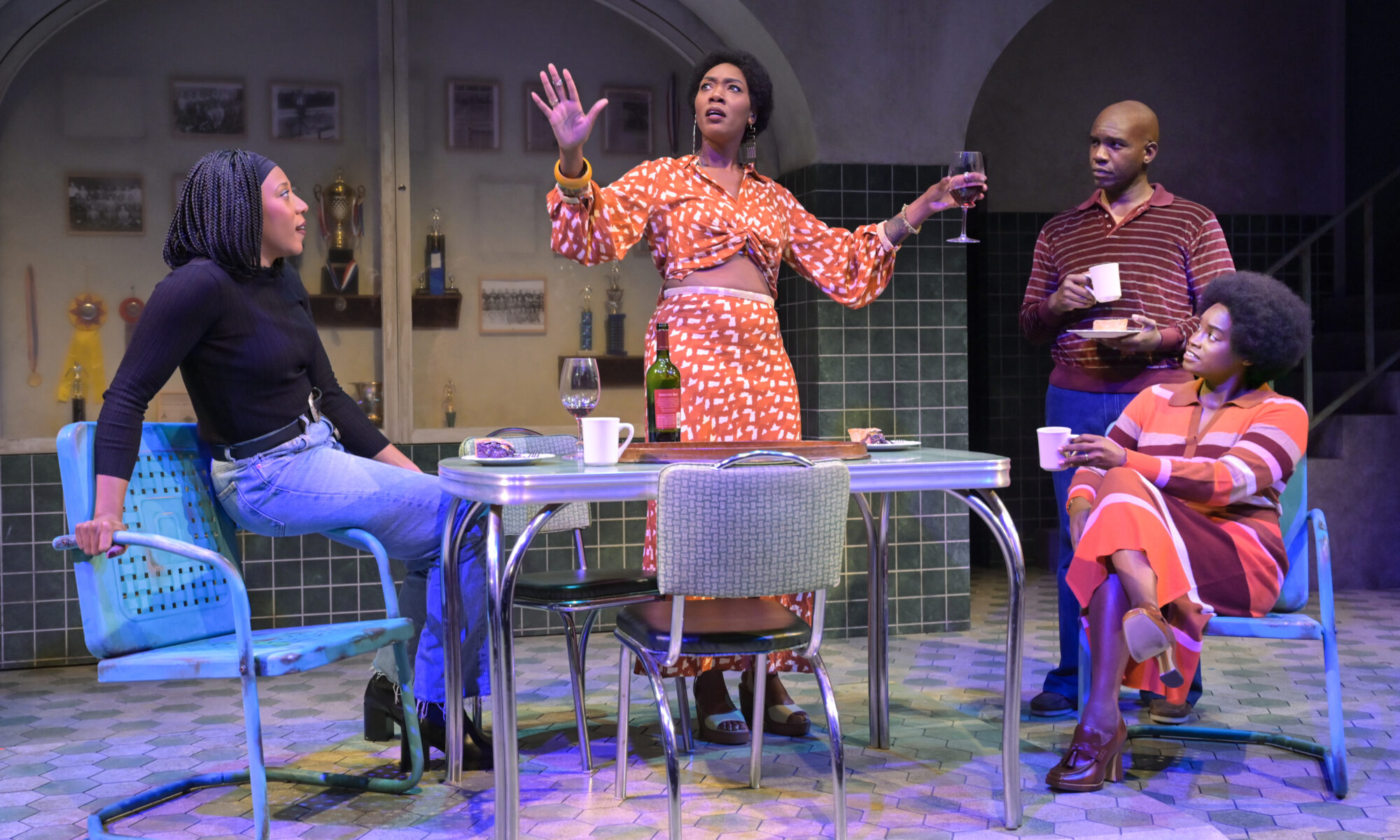 There are theater pieces which resonate in such a profound place deep within the psyche that you are dwelling in your life’s past, contemplating the present, and hoping for the future.

Christina Anderson’s “The Ripple, The Wave That Carried Me Home” is just that for this writer. In it, segregated swimming pools become a touchstone for black families not allowed to swim in “whites only” pools. This memory play of a black woman spans the years 1956 in Kansas, to 1992 Ohio, and again Kansas, as Christina Clark’s Janice wrestles with a decision to return to Kansas to speak at a community center ceremony honoring her activist father.

…See this play and then look inside yourselves.

I’m an east coast boy, born and raised in the 1950s in Wilmington, Delaware and later Pittsburgh, PA. As a child and as a teenager, I knew no black families, and indeed at the Catholic grade school and high school I attended, there were no black students at all. Only when we moved to Pittsburgh for my final 12th grade, did I meet any black students, and even those were mostly bused to school from another area of town. Four years later, post university (where again I recall only one black student), I returned to my high school to teach. Much had changed. Black and Latino families were moving into the community, and their children became active participants in the school curriculum. Penn Hills, PA became a melting pot.

Memories of missed connections in retrospect created a post-show train of thought as I went home after the Berkeley Rep production, directed with precision and grand compassion by Jackson Gay.

This remarkable play opens with Janice (our narrator Christiana Clark) drinking a glass of water. She does so every day, reminding herself of the water of the pools which transformed her life. Her mother (a richly multi-faceted performance by Aneisa J. Hicks) taught swimming to black children at the black swimming pool in Brookside Center. Janice’s father (a swaggering and charm-filled Ronald L. Conner) eventually goes on trial for activism in promoting change.

The “young chipper ambitious black woman,” played to absolute perfection by Brianna Buckley, wants Janice to speak at the dedication to her father of the new swim center’s pool. Circling all of this is the simultaneous Rodney King uprising and the death by drowning of three boys.

So many colossal matters of change in the lives of all Americans surround this period with pain, guilt—and eventual breath—making Tony nominee Christina Anderson’s play harrowing and heart wrenching. Change can happen, change MUST happen, and indeed, change has happened. The question is always: Is it enough, or is it never enough? No, it is not!

See this play and then look inside yourselves. The answers are always there waiting to be revealed.

ASR Contributing Writer George Maguire is a San Francisco base actor-director and is Professor Emeritus of Solano College Theatre. He is a voting member of the SF Bay Area Theatre Critics Circle. Contact: gmaguire1204@yahoo.com