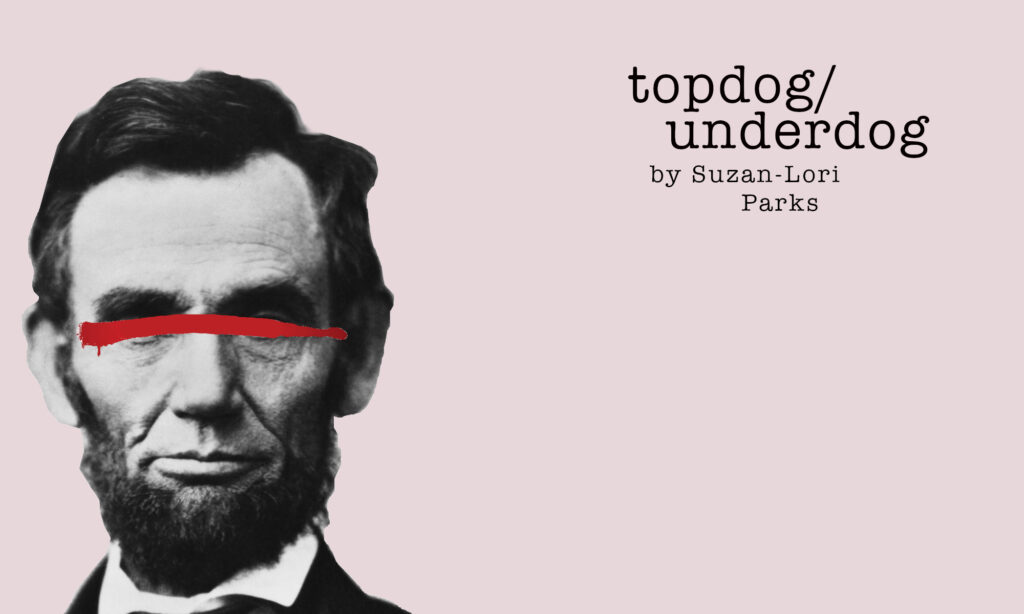 Sibling rivalry and resentment take a horrific turn in Suzan-Lori Parks’ “Topdog/Underdog” at Main Stage West in Sebastopol, through October 30.

Directed by North Bay theater veteran (and cookie magnate) Bronwen Shears, Keene Hudson and D’Artagnan Riviera star as brothers Lincoln and Booth, respectively, residing in a shabby room with a communal bathroom down the hall. A reformed street hustler, Lincoln has taken a job in a local arcade, acting the part of his namesake president in a game in which players take potshots at him. Booth is doing his best to master the art of Three Card Monte so that he might improve his personal cash flow by preying on gullible “marks”—a pursuit Lincoln has already renounced, to the point where he’s reluctant to coach Booth on the finer points of the game.

The two brothers vacillate between reminiscing about their mostly dysfunctional childhoods and arguing with each other. The more animated and aggressive of the two, Lincoln is frequently unkind to Booth, who has long chafed in his older brother’s shadow. There’s also palpable love between the two, but much disagreement about their shared past as well as the future. Their interactions—all taking place in one room—are an emotional rollercoaster skillfully crafted by playwright, director and the two actors.

Hudson and Riviera play off each other well—Hudson’s character the more dynamic of the two. Riviera plays Booth as brooding and introspective, without a hint of the malevolence that ultimately brings down the curtain. He has a solid grasp of his character and his character’s motivation, but stumbled with some lines late on opening weekend, a shortcoming certain to be corrected as the production moves into its second, third, and fourth weeks.

The potential to take this production from good to great is certainly there. Parks’ theme, of course, is one of the oldest, going back to ancient mythologies—the Biblical tale of Cain and Abel, for example. Other inspirations may include the viciously backstabbing sisters in Shakespeare’s “King Lear” or the contentious brothers Austin and Lee in Sam Shepard’s “True West.” There are certainly striking parallels between that play and this one. It’s not a jolly ride, but it’s one that will open your eyes and perhaps prompt discussion. “Topdog/Underdog” is a compelling examination of a permanently recurring and tragic human condition.