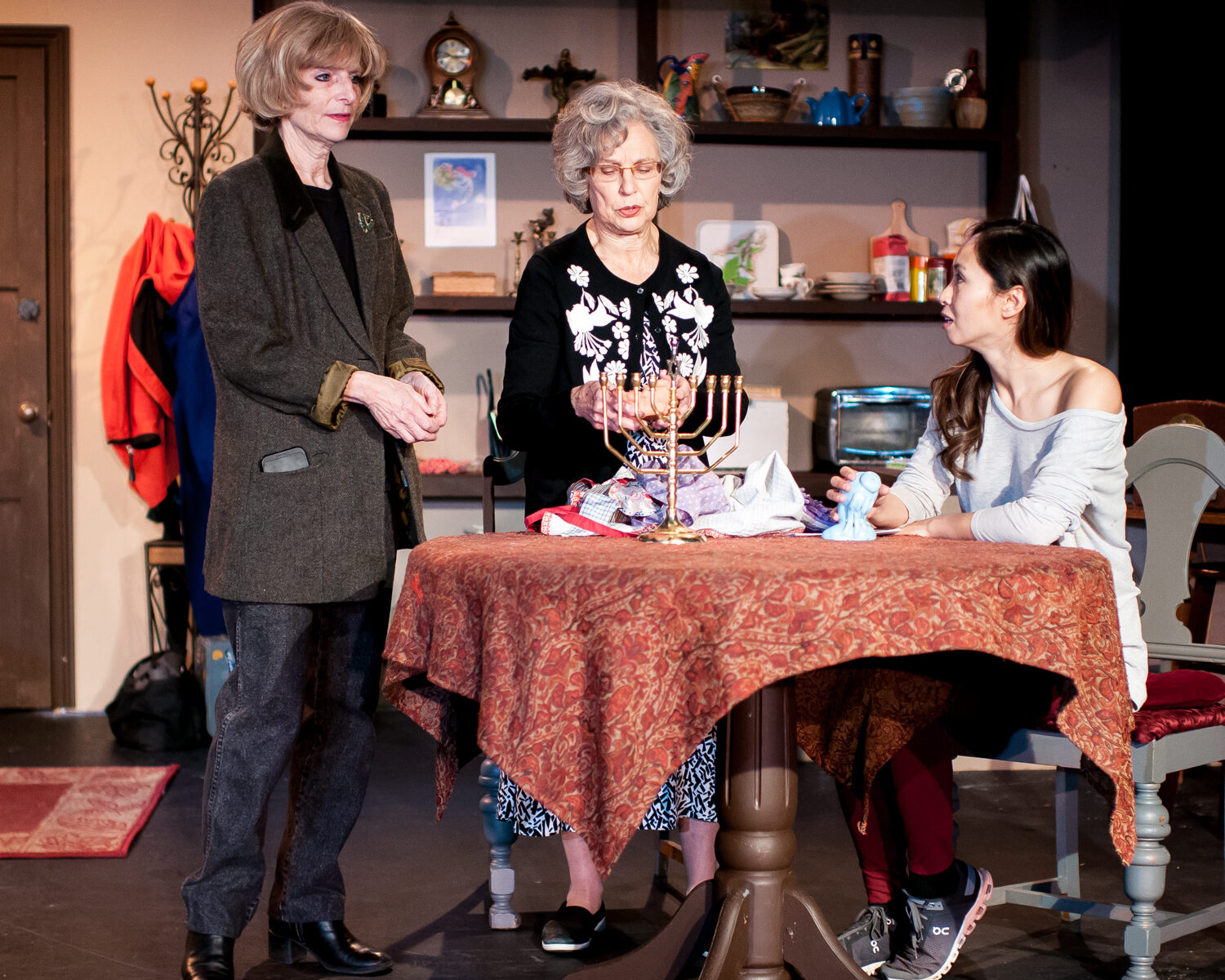 It’s a common dilemma as years go by. Who can get rid of the pile-up of possessions, especially those linked to precious memories? “The Packrat Gene” explores this timeless agony with a true-to-heart script by the Bay Area’s Margy Kahn at the Ross Valley Players.

This new play was selected by the Ross Alternative Works Committee (RAW) for its original, provocative, and exciting aspects, an addition to RVP’s regular subscriber season. The familiar theme resonates with audiences young and old.

In New Jersey, three generations of grandmother, daughter, and granddaughter gather with a goal to clear out grandma’s apartment. Their conversations are acerbic and amusing as the women cajole, collide, concede, and console one another.

Marsha van Broek is marvelous as widowed grandma Esther with the accent of a holocaust escapee from Paris. She’s just fine where she is, thank you, surrounded by her books, broken bowls, 30-year-old pay stubs and Edith Piaf records.

Maya Rath masters her role as the practical and frustrated daughter Leigh, flying cross country to take control of the situation. Concerned about her mother’s age and mental state, Leigh tries to convince her to consider a retirement community. She’s on a deadline to return back to work in LA. Her obstinate mother dismisses Leigh with harshness dredged up from the past, while the dutiful daughter patiently reminds her to live in the present.

Spunky granddaughter Rachel, superbly played by Julie Ann Sarabia, flies in to give affection and allegiance to her grandmother and a snippy attitude to her mother. It seems Leigh can’t do anything right by these two. Three divergent generations, three authentic portrayals, and three riveting backstories anchor this solidly satisfying production.

Director Michael R. Cohen notes “This play succeeds because of the casting. I am fortunate to have three superb actors who worked well together and made my job easy.”

“The Packrat Gene” is an addition to RVP’s season of regular subscriber shows. It’s a new and fully staged production selected by the Ross Alternative Works Committee, running only through April 3rd. Pack this performance into your plans and make a move to see it.