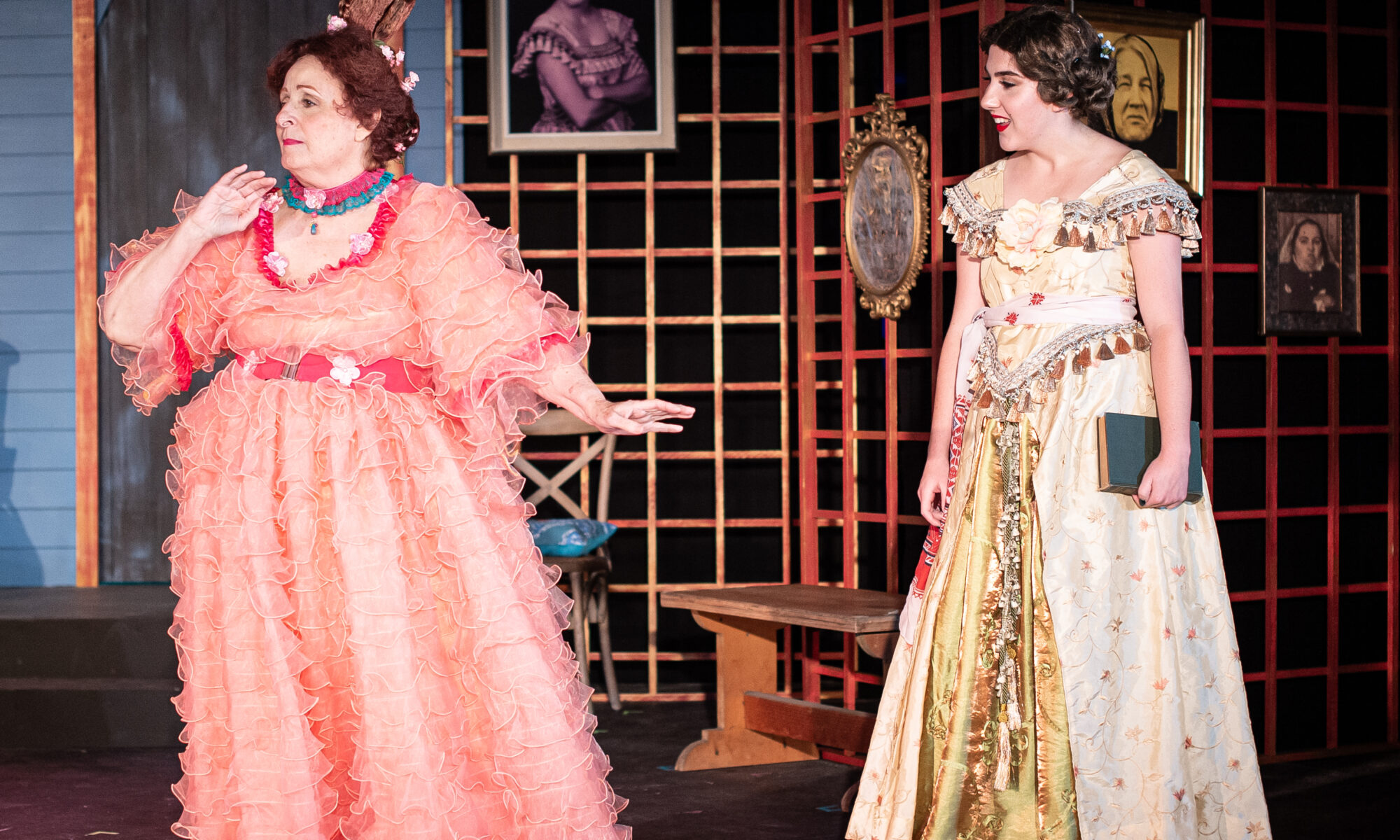 Those who are appalled at the travesties between Russia and Ukraine which dominate our headlines may enjoy a respite with this Ross Valley Players comedy, at the Barn at the Ross Art and Garden Center through June 5.

This farce lampooning government officials was written by Nikolai Gogol, a Russian playwright who exiled himself after this play was presented to the Tzar in 1836. Gogol was subjected to intense official disdain after he parodied government unscrupulousness.

Act II is truly a laugh out loud absurdity….

Although the location is not specific, the play takes place in a Russian town filled with corrupt officials and workers who continually (and successfully) defraud the system. Their deceits are profitable and mutually accepted among themselves, resulting in uninhabitable hospitals, sub-standard schools, courtroom graft, fake employment, and the like. One is reminded of the phrase repeatedly heard from a Russian friend: “We pretend to work, and the government pretends to pay us.”

The trouble begins when the Mayor belatedly discovers that a “Government Inspector” has arrived unannounced from St. Petersburg and is residing undercover. Those in charge fear that the inspector will report their misdeeds to the Tsar, with distressing consequences. The Mayor and his minions go into hyperdrive concocting schemes to cover up the extent of the town’s corruption. Steve Price is hilarious playing the blustering and panicked Mayor, a role he pushes over the top with present pandemonium. He’s in charge of the mayhem, and it is truly madness.

Hlestekov, an indolent and lowly clerk from St. Peterburg happens to be passing through the town and has lost his funds gambling. He’s holed up in the inn awaiting funds from his family when the town mistakes him for the dreaded inspector. Suddenly, a stream of rubles get thrust into his hands, labelled “welcome gifts.” Michel B. Harris plays this role perfectly, from an initially confused clerk to the role of a now-corrupt official commanding further bribes from the guilty.

It’s not only rubles that get this clerk’s attention. He takes the opportunity of this sudden power to seduce the Mayor’s daughter Marya (Hunter Candrian-Velez), all the while deflecting passionate advances from the Mayor’s lustful wife Anna (hilarious Pamela Ciochetti.)

Harris revels in his new identity, upstaged only by the snide comments of his servant, enacted by veteran Wood Lockhart in an elf’s garb. Act II is truly a laugh out loud absurdity.

The large cast of fourteen, directed by Lisa Morse, jumps into their madcap roles with full tilt energy. Some frantic bits bring to mind the antics of the Three Stooges, other moments are clearly inspired by Groucho Marx. One might expect the cast to emulate Russian accents, although most do not. “The Government Inspector” misadventure could easily be transported to any corrupt city these days, which makes Gogol’s plot from the early 1800’s a timeless possibility.

Note: Ross Valley Players requires proof of vaccination in keeping with public health protocols. Actors, stage crew and volunteers are fully vaccinated. To attend performances, attendees must show proof of being fully vaccinated and masks always must be worn. There are no food and drink concessions open as of this writing. Parking is free at the lot at 30 Sir Francis Drake Blvd., Ross.