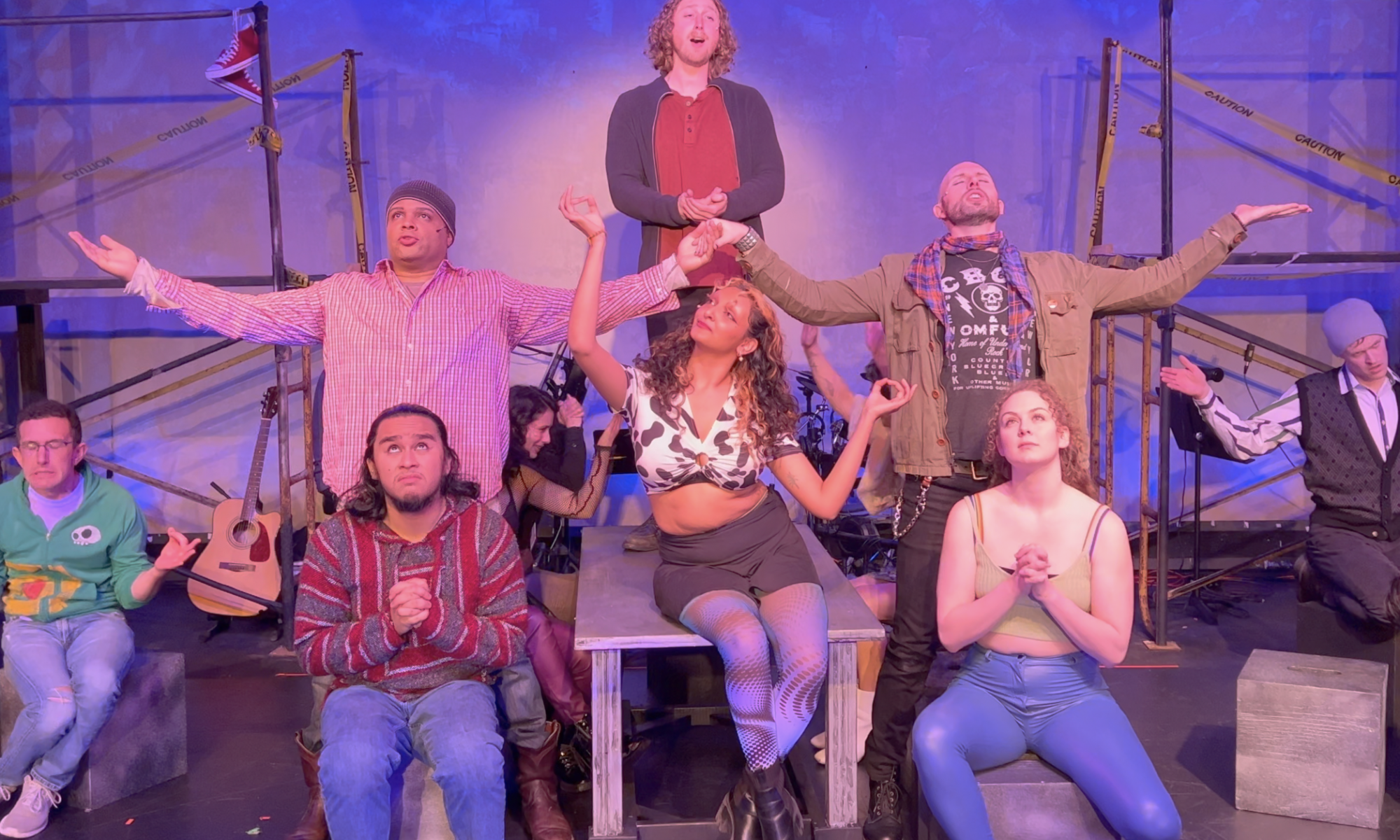 In 1996 Jonathan Larson debuted “Rent,” his musical about rebellious and irresponsible youth leading a lifestyle of hedonism and drug use in the rough streets of NYC. Their dismal lives are pointless and the ending isn’t pretty, but they sing and dance about it anyway. The musical won both Pulitzer and Tony awards and spotlighted the AIDS epidemic of that time. 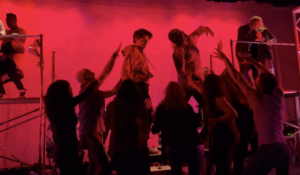 Although this synopsis of “Rent” sounds cheerless, this show’s over-the-top energy and talent provide much to cheer about. The production by Marin Musical Theatre Company, in collaboration with the Novato Theatre Company, is really spirited. It took MMTC many years attempting to gain the rights to perform the show. It was worth the wait.

“It took MMTC many years attempting to gain the rights to perform the show. It was worth the wait.”

Accompanied by four onstage musicians, eighteen actors explode with powerful voices, tight choreography, and stunning staging. The dancing is particularly energetic, using table tops and platforms between high scaffolding. NTC’s small 99-seat theatre is an intimate venue which allows the audience to feel up close and personal with the performers. “I’ve seen this show on Broadway and it wasn’t nearly as exciting as this one,” one audience member noted. 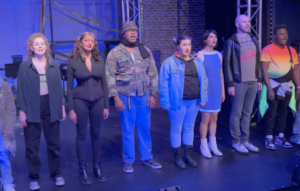 Director Jenny Boynton confided, “We’ve been rehearsing only six weeks, but this cast really gelled together right from the start and amazed me with their talent. It made my job a lot easier.”

Local theatre fans will be delighted to see many new faces onstage. An NTC board member commented, “This is the next generation of actors to keep performance tradition alive. They’re young, and they’re our future stars.” 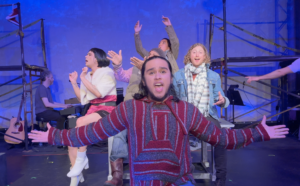 Vocal standouts abound, including Nelson Brown in perfect harmony with Jake Gale. Gary Stanford Jr.’s voice fills the theatre to the rafters. Stephen Kanaski twirls across the stage and croons to great applause. Trixie Aballa beautifully belts out her songs while dancing, topped only by Shayla Lawler’s sensual solo in Act II. Kudos to choreographer Katie Wickes for such spirited dances—from Anna Vorperian’s tango to the explosive rock-out of the entire company.

“Rent” is a remarkable tour de force, a tight production far beyond one’s expectations. With the adult themes of the show, consider the appropriate age to bring youngsters. Tickets are selling briskly, so take possession of this show before the lease runs out April 10th.