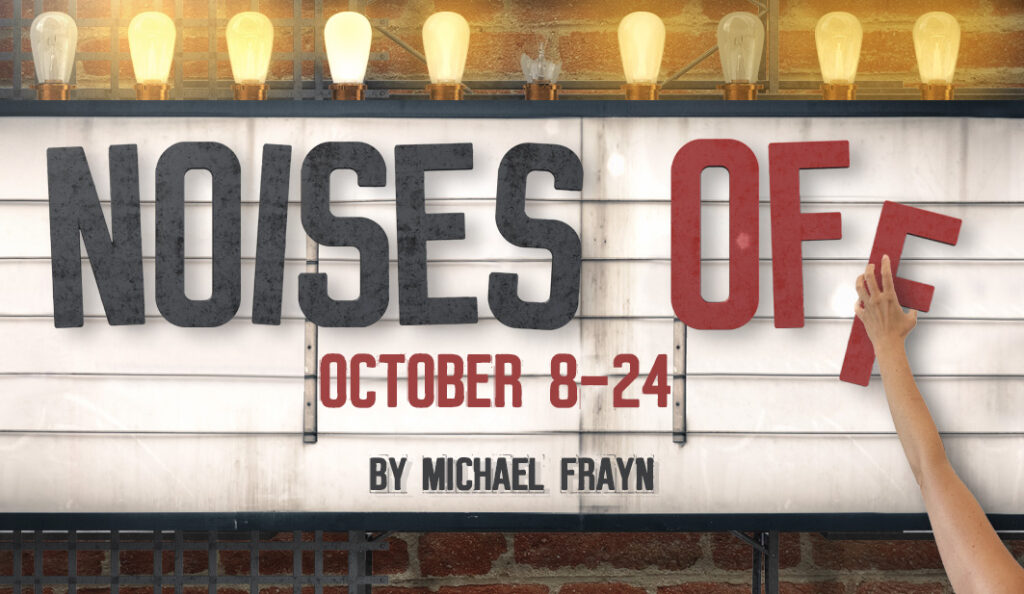 If you’re in need of a good, hearty laugh (and who isn’t, these days?) Spreckels Theatre Company has you covered. Don’t miss their top-notch production of “Noises Off,” running now through October 24th on the big stage in Rohnert Park.

In Michael Frayn’s classic, door-slamming farce within a farce, a traveling theater company descends into utter chaos while attempting to stage a play called “Nothing On.” It’s a pants-dropping, riotous affair replete with perfectly timed entrances and exits, tangled phone cords, plates of sardines that vanish and reappear without explanation, and a seemingly endless series of mishaps and misunderstandings that fuel the frenzy. It becomes quickly apparent, however, that the chaos onstage can’t hold a candle to what’s unfolding among the actors behind the scenes.

This is the kind of show that requires impeccable comedic timing and painstaking coordination, and Spreckels doesn’t disappoint. Veteran director Sheri Lee Miller helms this tightly paced and carefully choreographed production with evident precision; her talented ensemble proves up to the challenge. Those familiar with “Noises Off” will be pleased to find this old favorite has been handled with care. Only the location has been changed, and though it’s a change that feels unnecessary, it in no way detracts from the overall effect.

MacKenzie Cahill is a hoot as ditzy Brooke, lovably oblivious and always losing her contacts, and Zane Walters shines as leading man Garry LeJeune, swinging axes and stumbling down stairs in his jealous rage. John Craven is delightful as Selsdon, the hard-of-hearing actor who’s a little too fond of the bottle and keeps missing his cues. And who couldn’t love Eileen Morris as Dotty Otley, even if she’ll never remember where she left those damned sardines? Kevin Bordi, Matthew Cadigan, Taylor Diffenderfer, Maureen O’Neill, and Brandon Wilson round out the bunch, and there isn’t a weak link among them.

The stagecraft is excellent, too, thanks to resident designer Eddy Hansen’s elaborate, two-story set piece that rotates to reveal the goings-on backstage. Scenic artist and prop master Elizabeth Bazzano has her hands full with this one. From interchangeable bags and boxes, bottles of booze and bouquets of flowers, and countless sardines, to questionably repurposed sheets and a very prickly cactus, Bazzano has covered all the bases.

With three acts and two intermissions – the first of which was slated at 15 minutes but felt much shorter, and the second of which was billed at 5 but stretched on for closer to 15, it’s a long night out at the theater. But the third act is even funnier than the second, and you won’t be looking at your watch. Even the program will give you a chuckle – be sure to flip it over, where you’ll find a second program for “Nothing On,” complete with hilarious cast bios.

“Noises Off” is the perfect remedy for anyone in need of some lighthearted fun or a happy distraction, and this production is an absolute delight. Be sure to catch it while you can.