An ancient fairy tale gets a modern reworking in Rodgers and Hammerstein’s “Cinderella” at Spreckels Performing Arts Center in Rohnert Park, through May 26. Classicists will be relieved to learn that the story’s essential elements are still intact: a poor abused girl who dreams of a better life, her domineering stepmother and two nasty stepsisters, a magical fairy godmother, a smitten prince, and the promise of miraculous transformations.

Cinderella’s hope of exchanging her rags for the gowns of a princess is an expression of a persistent human dream, very much like the popular urge to buy lottery tickets week after week despite astronomical odds against winning.

In Cinderella’s case, she actually succeeds—she finds Mr. Right, he finds her, and after much travail they live happily ever after. It’s a timeless story—the basis of almost every piece of “chick lit” ever written. The plain yellow pumpkin still becomes a golden carriage, but Douglas Carter Beane’s version adds a new character and subplot in an attempt to make the story more contemporary: a radical firebrand named Jean-Michel (Michael Coury Murdock), who seeks social justice and economic opportunity for everyone. Instead of having his head lopped off instantly, as would happen in most real threats to ruling class hegemony, he succeeds not only in winning the hand of a mean stepsister (converting her to a decent person in the process) but in getting the prince to agree to sweeping changes to his kingdom. Cinderella wins the man and life of her dreams and her entire society gets to go along for the ride. Participation trophies for all!

Director Sheri Lee Miller’s huge cast does a great job conveying the story—one with a 7:00 p.m. evening curtain time in anticipation that hordes of kids will fill the large theater. Brittany Law is marvelous as “Ella” the household maid renamed “Cinderella” by Madame (Daniela Innocenti-Beem) for the dirty work she tirelessly performs. Shawna Eiermann and ScharyPearl Fugitt are excellent as stepsisters Gabrielle and Charlotte, respectively, bringing more nuance to their characters than expected or required. Innocenti-Beem’s Madame takes delight in tormenting poor Cinderella, but has moments of surprising gentility and humor. Musical theater veteran Innocenti-Beem is likely the best singer in the cast but her role limits her to only a few lines of music. Her physical comedy and sense of timing are impeccable.

Zachary Hasbany is superb as “Prince Topher”—the character’s name another nod to contemporaneity—with a good singing voice and fine sense of movement. The prince—a big guy himself—swings a giant sword in slaying a giant dragon (offstage) but the horse he rides is comically undersized. It’s one of few glitches in the otherwise excellent production. The worst is the huge suspension of disbelief required of the audience when Cinderella goes barefaced to the masked ball where the prince falls for her. Later when scouring the realm for her, he can’t recognize her until her foot fits the shoe she didn’t lose but intentionally gave to him. These twists on the original story aren’t improvements.

Larry Williams is gleefully evil as the conniving Sebastian, the prince’s minister, a sort of fairytale Rasputin, and Sean O’Brien matches him as Lord Pinkleton, another royal court sycophant. A gifted singer, O’Brien has a couple of breakout moments in the show’s many musical numbers. A high point is “Impossible” late in the first act, in which the ragged Marie (Mary Gannon Graham) is transformed into a fairy godmother who in turn transforms mice into liveried footmen, a pumpkin into a carriage, and Cinderella into a potential princess. Graham beautifully channels Billie Burke (Glinda the Good from “The Wizard of Oz”) in this bit, a duet of “Impossible” with Law, and the transformation is one of the show’s great illusions. Many times nominated for critical awards, choreographer Michella Snider is at her best. Group and individual dances and movements are delightful and take full advantage of the theater’s big stage and clear sight lines.

Set design by Elizabeth Bazzano and Eddy Hansen is gorgeous and facile, enabling quick set changes that keep the show moving briskly. Chris Schloemp’s huge colorful projections are stunning. Pamela Johnson’s and Chelsa Lindam’s costumes are gorgeous. Music director Paul Smith’s orchestra—in the pit, stage front—sounds tremendous. What’s not to like? All things considered, this “Cinderella” is excellent. Appropriate for all audiences, of course, it’s superb family fare that won’t require parents to do a lot of explaining when they get home—except for the fact that the “golden carriage” isn’t yellow. For that, you can simply say “It’s white gold.” 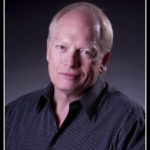