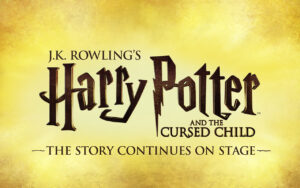 Unlimited budgets can yield miracles. Especially in theater. “Harry Potter and the Cursed Child,” at the Curran through July 12, is one of those miracles.

And yes, the July 12 closing date is correct—a six-month run! The large-capacity Curran (nearly 1700 seats) was closed for a couple of years for a massive renovation, only to have some of the new seating and carpeting removed to build out the realistic refugee camp for last spring’s fantastic production of “The Jungle.” It’s been redecorated again—this time with carpeting and fabric wall coverings embellished with the Hogwarts logo. 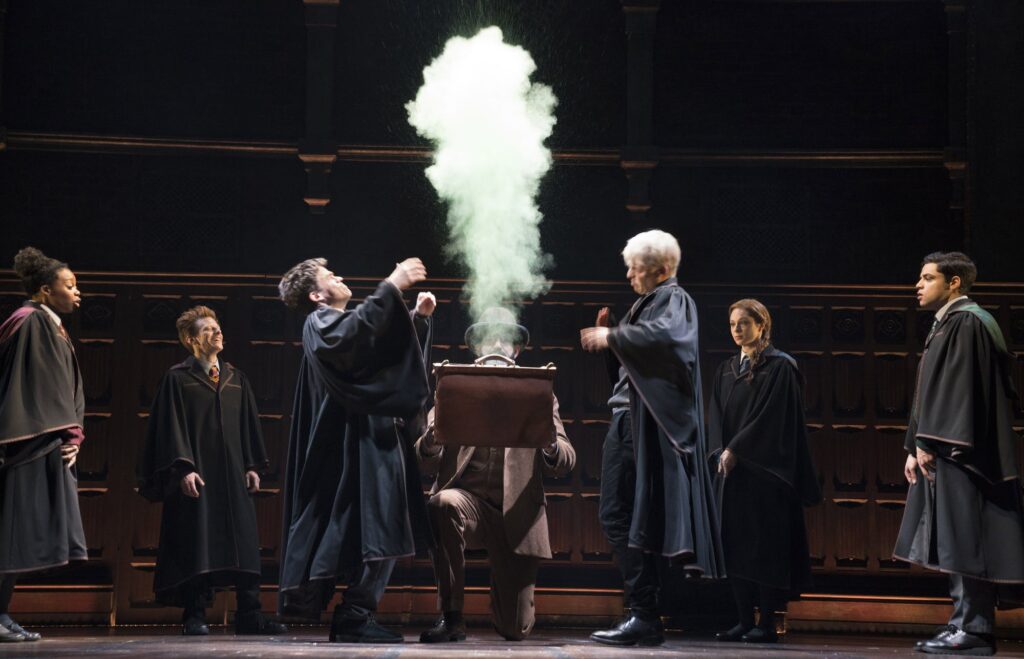 The unlimited budget is apparent both the moment you step into the theater and the moment the curtain rises for Part One, which manages to pack in more theatrical illusions than any dozen blockbuster shows in Las Vegas, including characters that step out of seemingly solid walls, or seemingly solid walls that absorb characters the way a sponge draws water, characters that instantly morph into other characters, characters that vanish only to reappear swimming in the sky, characters that emerge and exit through a burning fireplace, ghostly spirits that hover above the audience, and graffiti that somehow appears throughout the theater’s huge ceiling, like a celestial pattern in an observatory. Then there’s the amazing choreography of swirling capes and their disappearing owners (Steven Hoggett, movement director). Those are a few highlights.

The story by J.K.Rowling, Jack Thorne and John Tiffany has the now-adult Harry Potter (John Skelley) toiling away as a wizard in the Ministry of Magic, and about to send his son Albus (Benjamin Papac) off to school at his alma mater, where Albus meets Scorpius Malfoy (Jon Steiger), a boy his age who’s the son of dark lord Draco Malfoy (Lucas Hall).

The two of them form an uneasy but solid friendship and are soon continuing the struggle against the evil Lord Voldemort (Andrew Long) and his offspring. It’s a wild adventure. The fanciful, quick-moving, and action-packed tale consumes nearly two-and-a-half hours and will keep you riveted to your seat the entire time. It’s a mind-blowing, all-consuming production populated by four or five dozen ace performers. 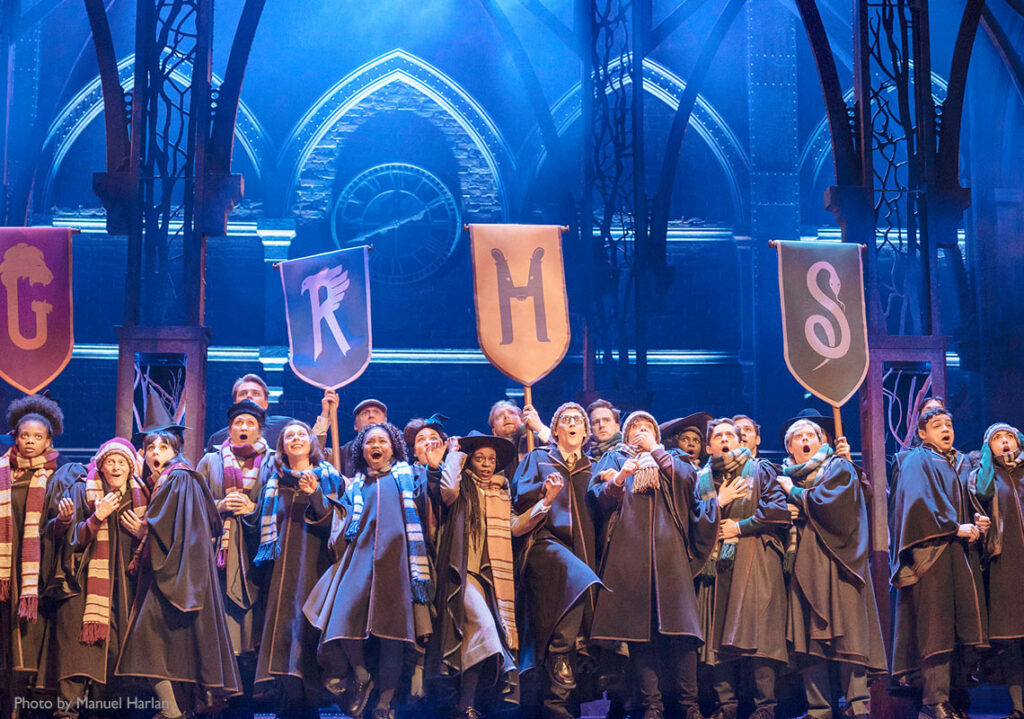 Among the amazing factoids around this show are stories of the two young actors who so magnificently embody Albus Potter and Scorpius Malfoy. “Harry Potter and the Cursed Child” is reputedly Papac’s first professional stage acting gig, and Steiger’s prior experience includes a Shakespeare festival in Scranton, Pennsylvania. They nonetheless meet the world-class challenge of what must be an exhausting, demanding production, including Saturday and Sunday performances that include both Part One and Part Two, where the two boys and their Hogwarts associates meet Voldemort’s daughter for a final showdown.

Should your time or budget restrict you to seeing only Part One or Part Two, note that Part One is the more compelling of the two, and more spectacle-intensive. Real Potterites, of course, will want to see both, but casual visitors will likely enjoy the first one more. Part Two’s extensive exposition and lengthy dialog will be better suited for those who’ve read all the books and seen all the films.

Casual theatergoers not in the Potter camp would do well to read up on the mythology before the show—a brief synopsis of which is included in the playbill. Even those who don’t know Harry Potter from Harry Houdini will be astounded by this production. For true believers—they are legion—it’s a religious experience.