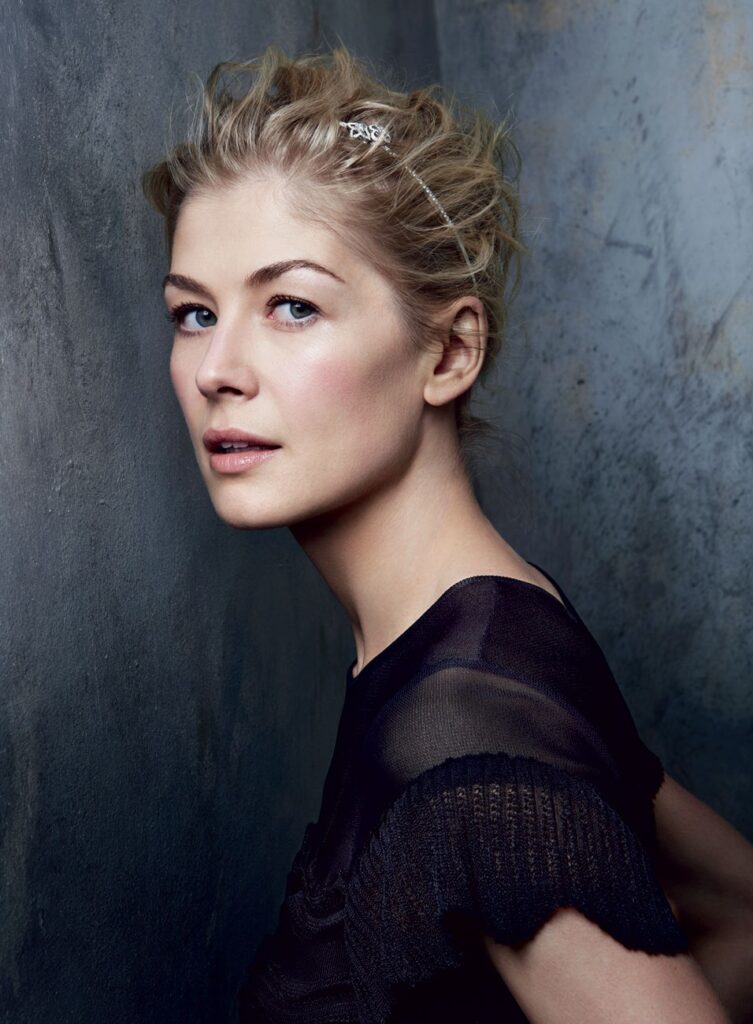 Rosamund Pike, 40, has to be one of the busiest actors appearing in movies, streaming, and otherwise. The British actor has the ability to be completely absorbed in her roles, yet is eminently recognizable despite the variety of her appearance and characters.

Like a young Meryl Streep, Pike is 100% present in whatever role she tackles. She’s nabbed many screen awards recognizing her formidable talent.

You may remember Pike as the cool blonde double agent seducing James Bond, 007, in “Die Another Day” (2002). From there, Pike morphed into a proper and restrained British sister in “Pride and Prejudice” (2005). Pike then continued to show her versatility as a scheming spouse in “Gone Girl” (2014) earning her an Academy Award nomination. 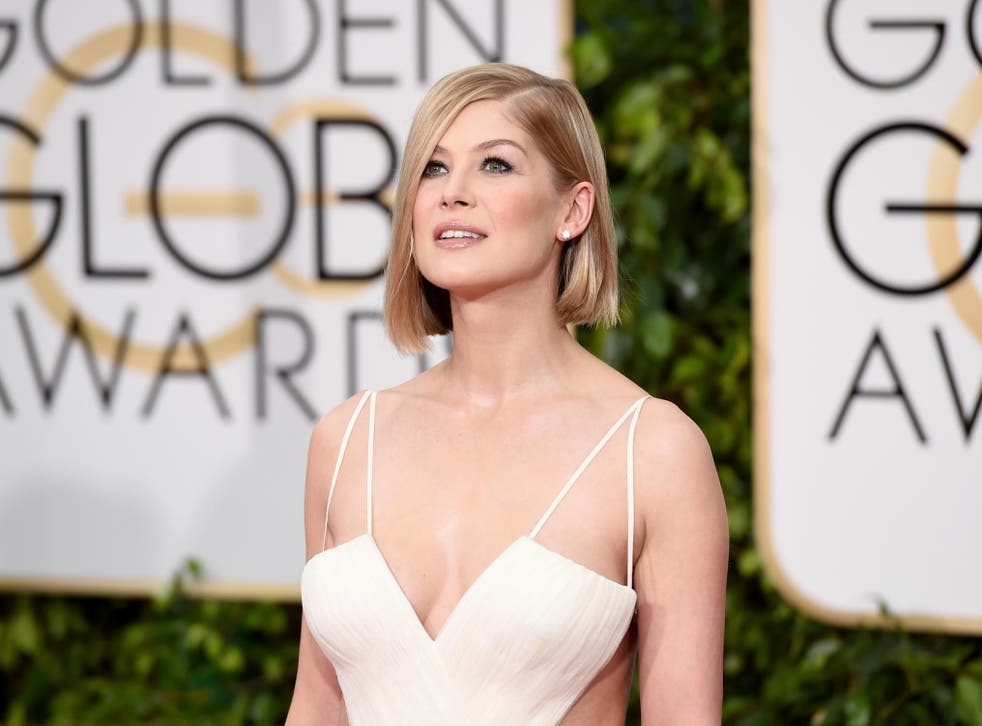 Pike also co-starring with the iconic Tom Cruise in “Jack Reacher” (2013). Speaking of working with  Cruise, she told Vanity Fair magazine, “It’s not only exciting to meet the person that you’ve watched since you were a child but then to work with him. I know he’s a great actor, but there’s a difference between being a great actor and being a great actor to work with, and he’s both.” She is delighted with the results. “The chemistry is buzzing. It’s brain matching brain. You want to go on the ride with them, because it’s sexy.”

Ready to strike any reference as “just another pretty face”, Pike transformed herself into down-and-dirty Syrian war correspondent Marie Colvin in “A Private War” (2018). When I met Pike at the premiere of that film at the Mill Valley Film Festival, she was dressed in a lacy white dress and looked perfectly lovely. When I told her I didn’t recognize her, she laughed “For this role, I had to wear false teeth, an eye patch, darken my skin tone, and learn to speak American.”

Her mercurial character endeared her to no one, yet attracted the admiration of notable scientist Pierre Curie. He offered her his lab space to continue her experiments, and romance soon bubbled out of their chemical beakers. They soon married.

Together they discovered the elements radium and polonium, winning the Nobel Prize for Physics in 1903. Curie was the first woman to receive such an honor. After her husband’s death, Marie Curie persisted with her work and in 1911 received a second Nobel Prize for Chemistry. No one has ever received two such awards.

…one of the busiest actors appearing in movies, streaming and otherwise…

If you prefer historical biopics to flow chronologically, change the channel on “Radioactive.” Director Marjane Satrapi repeatedly jumps from then to now and back again. The film moves from various medical advances of radiation to its war-bound applications. One minute we are swept from a tender love scene…to atomic testing in Nevada, the bomb dropped on Hiroshima, and the meltdown at Chernobyl.

The personal flashbacks about Madame Curie can also get a bit confusing, but this may be as much a casting issue as anything else. As cast, the two men in her life look very similar. Without a time reference, it’s difficult to sort out husband Pierre (Sam Riley) and married scientist Paul (Aneurin Barnard).

Despite the jumbling, this beautifully filmed period piece applauds what a woman with a brilliant mind and a laser-focused determination accomplished, particularly when partnered with a supportive and equally talented spouse. 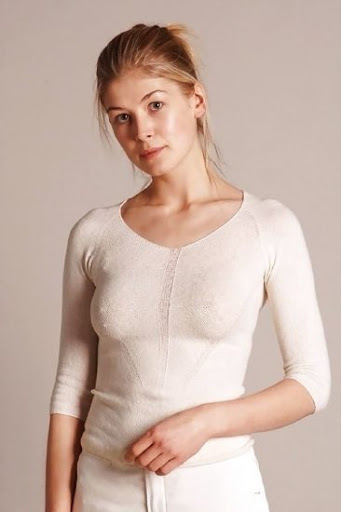 In her latest film, Pike traded her period high-necked and floor-length dresses for stilettos and smartly tailored suits in “I Care A Lot” (2021). It’s a chilling portrayal of an administrator who convinces the courts that elderly patients need her guardianship. Pike takes control, swiftly liquidating the assets of her wards to pay off the nursing home staff and judges and pocket the rest.

Pike’s disarming manner and razor-sharp haircut can throw caution into any senior citizen watching her scheme in action. All goes smoothly until she takes charge of a woman (perfectly cast Diane Weist) who turns out to be the mother of a powerful underworld figure. The mayhem begins, and it’s a fight to the finish with many plot twists-and-turns.

“I Care A Lot” won Pike a Golden Globe award — which Pike amusingly said she buried in her garden along with her other trophies.

Fans of Rosamund Pike will find “Radioactive” on Amazon Prime, “I Care A Lot” on Netflix and her many other films on multiple streaming services.