This clever and witty musical debuted off-Broadway in 2005. With no signature songs or ground-breaking drama, “Five Course Love” has stayed in the wings, depending on smaller theatres to bring this frothy bit of fluff to center stage. The costumed characters haven’t changed, nor has their search for connectedness and the holy grail of love. 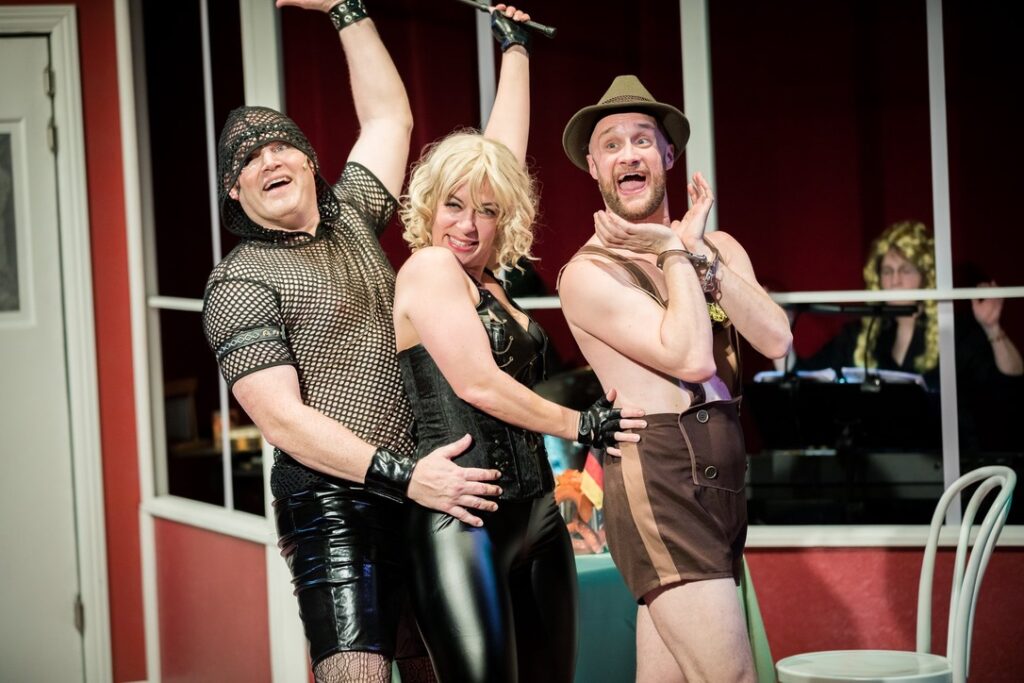 Kudos to Lucky Penny for using mikes, enabling actors to change accents and move fluidly to Staci Arriaga’s choreography on the small stage. The intimacy of this theatre-in-the-round adds to the fun. 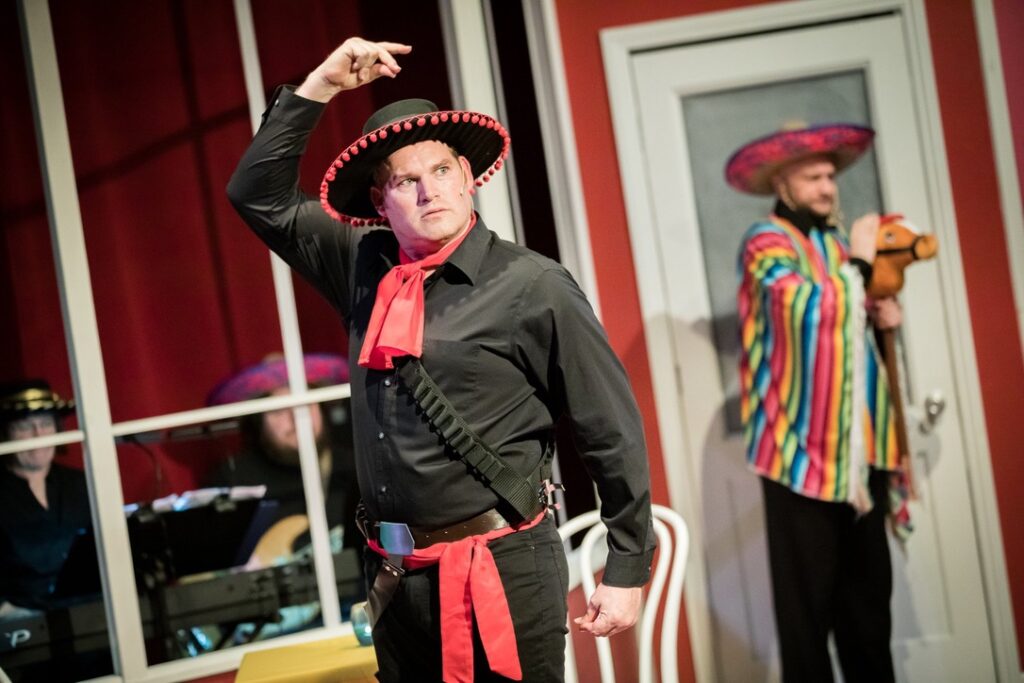 “Five Course Love” is not a filling intellectual meal, by any stretch. It’s familiarity and frivolity, more of a pie-in-your-face kind of show, without the pie. The characters are alternately charming, raunchy, ridiculous, and quite predictable. It’s the clever lyrics that add so much spice to this meal.

The play’s final scene is the most satisfying, where the last tidbit of love is dished out. Delicious!