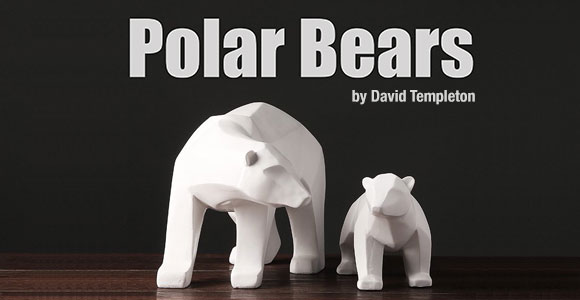 This time of year, we are inundated with multiple choices of winter holiday-theme productions. There are at least several presentations of “The Nutcracker” and “A Christmas Carol,” not to mention marathon broadcasts of “It’s a Wonderful Life” and “A Christmas Story”—all worthy, heartwarming ways to enrich the season.

Add to this list David Templeton’s “Polar Bears,” one man’s tale about how far he was willing to go to extend his children’s belief in Santa Claus in the wake of their mother’s death. Performed by veteran actor Chris Schloemp, this “true story about a very big lie” is a lovely mix of tragedy, comedy, and detached self-deprecating observation that will keep you enthralled throughout its approximately 90 minutes.

Prolific journalist, critic, and playwright Templeton is a North Bay treasure, with several productions to his credit in addition to his annual “Twisted Christmas,” a grab-bag of performances and stories that played recently to a nearly full house at Spreckels Performing Arts Center. Templeton’s style is similar to Jean Shepherd, the great chronicler of Americana whose 1966 book “In God We Trust: All Others Pay Cash” included the basis of “A Christmas Story.”

…’Polar Bears’… will keep you enthralled…

Templeton directs Schloemp on a set of stored Christmas paraphernalia, much of it cleverly doing double- or triple-duty to illustrate the piece. Easing your children out of treasured fantasies can be an ordeal for any parent. As told by Templeton and Schloemp, it’s also a sweet expression of love.

“Polar Bears” completes its run at the Belrose Theatre in San Rafael December 15, and will be reprised in a one-night-only performance at Left Edge Theatre in Santa Rosa, Sunday December 23, at 7:00 p.m.