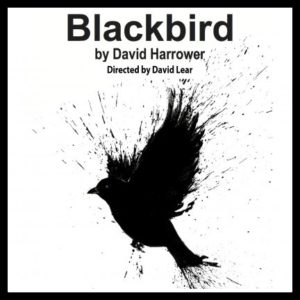 You can’t escape your past.  In David Harrower’s “Blackbird,” an industrial production manager named Ray (John Shillington) discovers this late one day when a young woman named Una (Sharia Pierce) shows up unannounced at his workplace.

In their awkward protracted reunion we learn that she was his lover at the tender age of twelve, when he was approximately forty. A scandal consumed him and the town he lived in, to the extent that he vanished, changed his name, and tried to put it all behind him.

But perhaps by accident, now-adult Una has discovered his new identity and location and has driven hundreds of miles to try to resolve all that was left dangling—a massive shared bundle of guilt, shame, obsession, and still-smoldering attraction that bursts into flames at least once in their brief meeting. No resolution is possible, but the script and the two talented actors cover huge emotional territory in the eighty minutes they spend together in the grimy confines of a disheveled break room (set design by David Lear, who also directed).

Intentionally stilted exposition makes the plot a bit slow to roll out, but once it does, it gains unstoppable momentum. Pierce and Shillington give a fiercely passionate performance of two people linked by irresistible but doomed attraction, frightening in its depth but illuminated by moments of levity. “Blackbird’s” dark realism will startle you and give you plenty to think about when you’ve left the theater. 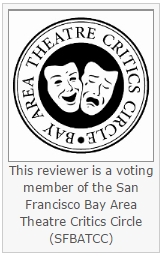